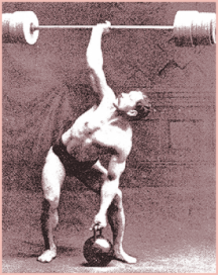 Saved from someone else’s blog. They will not come after us.

Chris & Kevin are back in your ear holes and ready to talk about Smackdown Live. Is the product boring because they don’t have a PPV until Fastlane in March? How crazy is it that there is more time between the Royal Rumble and Fastlane than there is between Fastlane and Wrestlemania? How quickly will SDL have to build up their story lines for WM? How noticeable of a down grade in mic talent are Shelton Benjamin & Chad Gable over New Day? Does Breezango have a better back story as to why they are together than Benjamin & Gable? Why did both Ruby Riott and Mandy Rose take losses this week? Will we have to start calling this Even Stephanie Booking? Will the winners of their respective Royal Rumble’s jump brands or stay on the same show? What did Kevin do with the memories of last year’s Rumble winner? Will Braun Strowman‘s feats of strength ever get boring? Is there a possibility that he ends up winning the three way match with Brock Lesnar and Kane? Is there any chance that Roman Reigns will retain the Intercontinental Championship against The Miz? Would that change whether he goes after the Universal Championship? Will Finn Balor, Luke Gallows and Karl Anderson finally get the push “they deserve” now that they’ve form the Balor Club? Won’t most people cheer the antics that they used as the Bullet Club in New Japan? Speaking of NJPW, how was Wrestle Kingdom 12? Is it worth seeking out? Does Ring of Honor make the cut in being talked about this week? Find out when you click the link below!