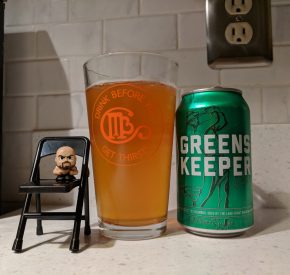 Chris, Jeremy & Kevin are a triumvirate of voices on this week show and boy is it a dozy. They start off talking about CM Punk & Colt Cabana beating the libel suit brought by Dr. Amell of the WWE. Why was Cabana even involved in the suit? How did the case get to a judge when the plaintiff admitted his job was not impacted by what Punk said? Show of hands on who knew Punk & Cabana were on the outs? Isn’t it crazy that Punk has his second match in the UFC this week? The guys finally move on to wrestling and talk about Constable Baron Corbin and all of it’s ridiculousness. Will it lead to a match with him and Kurt Angle down the line? Will Corbin ever get a sustained push? Will the WWE play off of Ronda Rousey having a hard time after losses or give her the Raw Women’s Championship when she battles Nia Jax? Are the women still being short changed by the WWE writing staff? Could Becky Lynch wait until later in the year to turn heel if she wins the Women’s Money In The Bank briefcase? Why is it that the majority of baby faces get muted reactions but heels like Shinsuke Nakamura get cheered? Is AJ Styles even considered a conventional baby face? Is Seth Rollins bland even if he does legitimately get the cheers? When does the show go off the rails? Find out by clicking the link below!