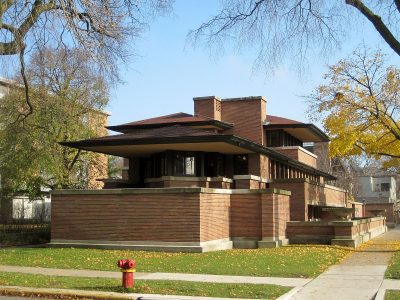 The WWE starts us off with HHH and Shawn Michaels. HHH compares Undertaker to a mountain that avalanched on them. HHH then talks about how the word “respect” has taken a hit recently. I already knew Michaels was coming out of retirement so this segment took a bit of a hit. Plus, one could see it coming with the rhetoric from the Undertaker. I really didn’t need to watch Super Show-Down with 3 rematches on this card.

Bobby Lashley comes out with Lio Rush. His opponent is Kevin Owens. Rush starts gabbing on the mic during the match. Lashley looks annoyed after the crowd starts booing him because of Rush. Things turn in Owens’s direction. Lashley has a sleeper locked in after the break though. Owens ends up going after Rush. Lashley capitalizes. Owens tries to fight back but gets Spine Bustered. Delayed Vertical Suplex only gets a two count. Owens breaks a Full Nelson by stomping on Lashley’s feet. Rush distracts Owens when he goes to the top rope. Dominator Type Side Slam for the win. If they want a heel Lashley, they did good work in this segment. Rush sends Lashley back after Owens. He works over his knee by slamming it into the post.

John Cena is announced as the first participant in the World Cup of Wrestling.

Finn Balor & Bayley are chumming it up with Kayla. They are very charming. Lio Rush & Lashley come in to cement the heel turn. Rush calls their man team “Too Sweet” and walks out.

Elias is out to do his usual thing. The Cubs not being in the World Series almost got the same reaction as Seattle last week.

Ronda Rousey interrupted him but nothing came of it. The Bella “Twins” are her tag team partners again. The Riott Squad is ready for battle. Liv Morgan starts off against Brie. Sarah Logan gets tossed around by Rousey. Nikki fires back against Ruby Riott. STO by Riott gains them momentum. Brie gets worked over. Rousey gets the hot tag. Swinging Samoan Drop. The Bellas keep Morgan & Logan at bay. Arm Bar for the win. The Bellas end up attacking Rousey after the match. Rousey takes over momentarily but Brie tosses her into the post. Nikki tosses her into the steps. They drag her into the ring and stand on her victorious.

We have Finn Balor & Bayley vs Jinder Mahal & Alicia Fox with Sunil Singh in tow. Talking to the Wife during the match trying to untangle this weird Mixed Match Challenge set up made me want to record our conversation. I should do that now since she’s watched the first hour of Raw recently. Coup De Grace for the win.

Dolph Ziggler always talks first. They only had one slip up that cost them in Australia. Drew McIntyre wants Ziggler to worry about Ziggler. Braun Strowman lays the smack down on both of them. Seems unfair to McIntyre.

Heath Slater wants to be part of the World Cup & the Battle Royal tonight. Baron Corbin tells him that he just plain isn’t good. He parades out a bunch of local wrestlers with various world stereotypes as gimmicks. Corbin then inserts himself into this Battle Royal. The Conquistador ducks out of the ring early. Corbin tosses everyone out and thinks he’s won until The Conquistador wakes up from his siesta and re-enters the ring. Trio of German Suplexes on Corbin. Angle Slam. The Conquistador clothes lines Corbin out of the ring. He finally reveals himself as Kurt Angle. Charley Caruso interviews him back stage. She hypes up what his return means. He blows it off by saying that he still technically on vacation.

Ember Moon is taking on Nia Jax in a battle of friends. Moon gets tossed to the mat going for a running cross body. Moon connects witha  suicide dive but can’t knock down Jax. Nia pulls her back to the outside. Moon escapes a press slam. Moon pops her but gets tossed near the ring. Jax charges. Moon dodges and gets back in the ring. Moon wins by count out. They don’t turn on each other in the post match celebration.

Trish Stratus is out to promote Evolution. She is out her to present a “Moment of Stratisfaction.” Alexa Bliss comes out with Mickie James. Bliss tells Trish that she was always sucked. Trish says that if she sucked as bad as she claims, she needs to come into the ring now. James proposes a tag team match. Trish is fine with it and announces Lita as her partner. They clean house on the heels and stand tall.

The Shield goes back to their grainy footage promo days. Good stuff even if it was just reinforcing their characters.

Chad Gable & Bobby Roode are taking on The Ascension. Konnor is ready to send them to the Wasteland. It would be interesting to have one of these experimental teams just not work out. They would have helped The Ascension look better. We’ll see what happens in this match. Gable takes the beating. Roode comes in and cleans house. Roode sets up for the block buster and Gable tags in. He looks annoyed. Gable Rolling German Suplex into the bridge for the win. AoP comes out and decimates both teams. Akam & Rezar are some bad dudes.

Paul Heyman comes out and brags about Brock Lesnar’s lack of activity except for training to be a dual champion. Heyman ends by saying he’ll be the reigning, defending Universal Champion after Crown Jewel.

The Shield comes out for the main event. Braun Strowman, Dolph Ziggler and Drew McIntyre come out second. Reigns and Strowman have an early show down in the match. The Shield eliminates Ziggler & McIntyre. Strowman gives them another verbarl brow beating. Reigns is taking the beating for The Shield. Strowman hits a ring post for Reigns to get an opening. Samoan Drop before making the tag to Rollins. He finishes off his flurry with a Buckle Bomb. McIntyre makes the save. Everyone gets involved. Double suicide dives by Ambrose & rollins is followed by a dive over the top ropes by Reigns. Rollins is the one taking the beating now. When Rollins finally creates an opening, Strowman knocks Ambrose & Reigns off the apron. Strowman then yells at Ziggler about “how to do his job.” This causes an unwanted recovery by Rollins. Ambrose ends up getting the hot tag. After another brawl that involved everyone, Ambrose & McIntyre go back at it. Reigns gets attacked by Strowman. Ambrose connects with a suicide dive. Ambrose comes back into the ring. Claymore Kick to win. Ambrose walks off alone. Reigns & Rollins look confused. – Kevin DiFrango