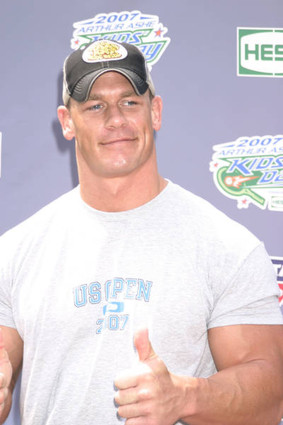 Pro Wrestling Insider has two separate updates today about John Cena and the fact he may be dealing with a serious neck injury. There are two different links here and here. If true this is a terrible blow to WWE as John Cena still creates a huge amount of cash for the company and his absence may hurt that revenue stream.

No, not everyone likes him with his cartoonish at best facial expressions but the fact is, he is still WWE’s top guy. If Cena has to miss any extended time no one should look at him coming back early like he did from his pectoral tear.

WWE has done the smart thing though and taken him out of big matches by having him take no bumps and allowing others to do the work. It will help him make his scheduled appearances until he can get everything properly diagnosed and addressed. Here is hoping it is nothing serious or that if it is smarter heads prevails and he is removed immediately from the road. The loss of John Cena for a few months is better than losing John Cena for 18-20 months or worse yet permanently. We here at StuntGranny may not be huge John Cena fans but the idea of yet another wrestler going down with a neck injury is never good news. Hopefully everyone, wrestlers and management included have learned from the past on this. -Jeremy