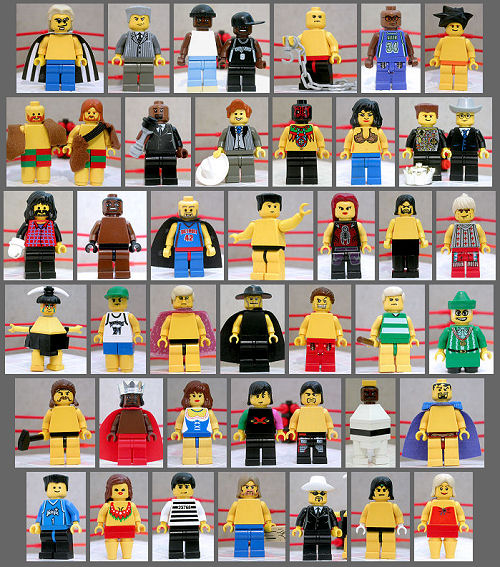 These are supposed to be WWE superstars or so it said.

Our old friends at PWTorch.com had a breaking news story about WWE and WGN striking a deal to broadcast a new show starting in 2009 a few days ago. Why are we just now getting to it? Well, we are all insanely busy and popular and don’t have to answer questions like tat so, screw.

WWE, who is still on a nostalgia kick, has named the show “Superstars” in the thin attempt to market their lackluster roster as such. Let’s be honest though; this new show is nothing more than tryout period for WWE on WGN. If it goes well they will pull Smackdown in a heart beat as their current network sinks faster than a Russian sub in the Barents Sea.

The move to myNetwork TV was such a bad idea that the fledgling network’s only highly rated show is Smackdown. It has no other marketable shows and no sports coverage to speak of. It gets no penetration in some major markets and when it does no one knows where to find it. It was a ridiculously bad move to change a highly rated program on a failing network for another network with a horrible name but then it is WWE and their decision making over the last, oh, four years has been suspect.

Seriously, they moved to a network that plays a C.O.P.S. rip-off and glorifies “movie of the week” broadcasts. This wouldn’t be so bad if the movie of the week was an actual Hollywood movie and not a piece of shit made on a camcorder with the locals and then digitally enhanced to make it look real like it was filmed on film.  Trust me,I would know. -Jeremy