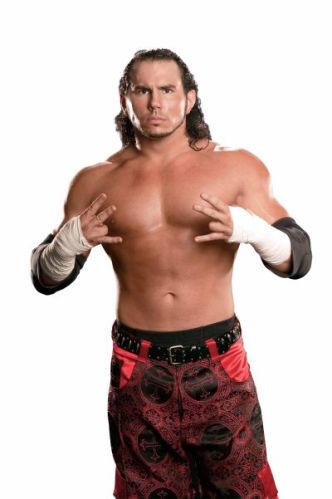 I am currently not able to do this pose.

What shitty timing for Matt Hardy. Again, from Prowrestling.net , Matt Hardy broke his hand during his “I” Quit match with Jeff Hardy last night at Backlash. This is the worst possible time for Matt to be out with an injury. He is clearly on the biggest push of his career and he has to go and hurt himself. Yeah I am blaming him directly instead of Jeff because that’ how we roll here.

Supposedly he’ll be out a month but it just doesn’t sound like a broken hand should keep you out anything less than three months. Maybe they can pull the obligatory Cowboy Bob reference and have him wrestle with a broken arm for the rest of his career. You know, I want to make a funny about this but this really does pretty much suck. WWE finally had the opportunity to make a new main event star near immediately and it has blown up in their face for now.  Maybe, just maybe it works out but you know will be plenty of dissenting voices saying “fuck Matt Hardy” and it’ll be right back down the ladder. -Jeremy