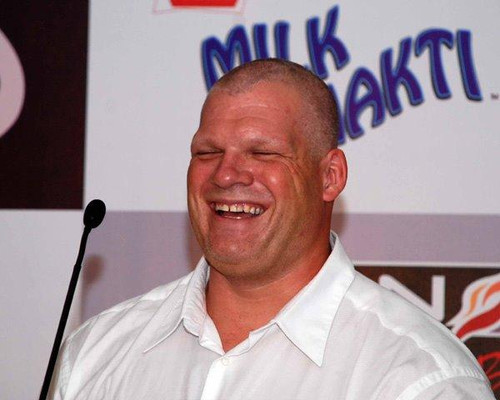 Hey it’s 2005 all over again. Spoiler alert if you didn’t read the headline. On this coming Friday’s edition of Smackdown, Edge becomes the number one contender for the Heavyweight title. This wouldn’t be news, but since it is Kane, it certainly becomes news. See, you know how we and other people bitch about no new stars and the same tired feuds in WWE? Well, this is a prime example of that. This match up between Kane and Edge is yet another rehash of a feud from 2005. Will WWE acknowledge this? Probably not in any great detail but it is worth noting here.

Is this the start of a Kane nostalgia tour? He has gone through the Undertaker phase. He is now in his Edge phase. He has the Big Show on the horizon. Then there is the inevitable Undertaker return. Maybe they can pry RVD away from TNA. OK, that was a total joke, because all it would take is a piss supplier and copious amounts of Blue Dragon to get RVD back. Then there is always Matt Hardy, but they released him for being fat and unmarketable now, so that boat may have sailed. Unless they bring him back for a final squash, but Matt wouldn’t know what a squash is to begin with. I mean look at the guy. The only squash he knows is when he presses a marshmallow between two chocolate covered Twinkies. Yes, Matt Hardy fat jokes live on.

You do realize that disguised in the same fat jokes and clumsy logic, WWE has no new feuds? The Kane Nostalgia Tour is evidence of this. Over on Raw they are already underway with Randy Orton and John Cena probably headlining WrestleMania. So as it stands now, WrestleMania will probably be a rehash of Cena/Orton and Undertaker/Kane. Sigh. -Jeremy