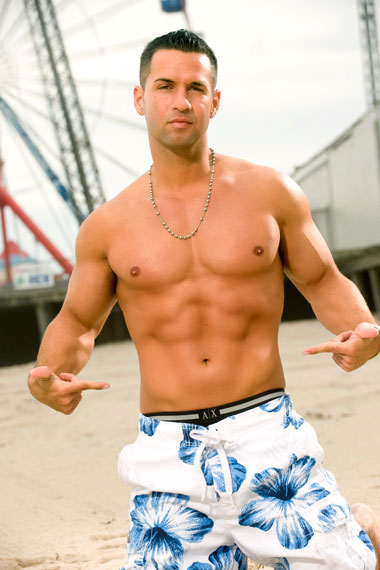 We've got quite a Situation on our hands.

Jenni Farley, “JWoww” from Jersey Shore, is scheduled to appear at the Impact tapings tomorrow for Thursday’s show to do an angle to get Robbie E and Cookie over with “The Shore” gimmick, according to TMZ.

They reported she will receive $15,000 for the appearance.  It’s also reported they are looking for return appearances by her.

I have long since given up on TNA and life in general, but let’s sort this one out real quick. TNA is spending $15,000, no small coin, in order to bring in a “celebrity” who isn’t a celebrity, to get over an angle that has no chance of getting over, even if booked 100 percently properly. This is an unmitigated disaster on so many levels, I don’t even feel like covering all of it.
In other news, I wish TNA was a real live female. I would leave Becky for TNA so fast, it would make your head spin. Goddamn right, man, give me the rich chick who spends money like it carries STDs. I want TNA to flush some of that money down the toilet for me! I’m in massive debt! Help a brother out!
Idea: TNA should debut a grandma character who does stunts to try to impress human crash test dummy (emphasis on dummy) Mick Foley. The Stunt Granny. In order to get her over, they bring me in, world renowned for my work here on StuntGranny.com, to do the stunt angle with her. Count the money. And then give it to me. – Dusty
Tweet