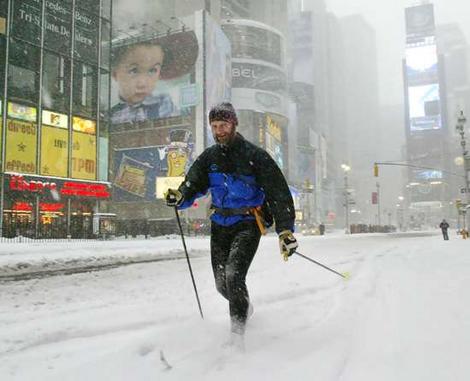 PWO had some issues with snow. Not really surprising in Northeast Ohio.

Vic Travgliante opened the show with Matthew Justice at his side. Vic mentioned that Justice lost to Brian Bender the last time he was on PWO TV. Justice said it was time for everyone to see the one man of militia. He finished by saying he was young, metal and ready to attack.

Analysis: You should have stopped at the one man militia, Mr. Justice. He needs to act more pissed off with these interviews in the future as it’ll help get over his change in attitude. Justice didn’t sell it as much as needed. Score: -1.

The introduction piece then ran. Joe Dombrowski and Aaron Maguire introduced the show. Pedro De  Lucca introduced Bobby Beverly but no one from Sex Appeal accompanied him. Matthew Justice was his opponent. Dombrowski noted that Beverly asked Nicky Valentino & Bobby Shields to stay in the back. The announcers hyped their event in Akron. Dombrowski mentioned that severe weather in the northeast Ohio area limited travel so the PWO roster was shaken up. (Yep, my source mentioned that. Glad they addressed it pretty much right away.) Justice took control early. He gave Beverly a cross body while Beverly was on the floor. Beverly superkicked Justice and only got a two count. Beverly drop kicked Justice in the stomach. Beverly assaulted Justice on the outside. A low clothesline by Beverly stunned Justice. Justice blocked another super kick attempt and then turned the tables on Beverly. Beverly locked on a koji clutch but Justice reached the ropes. Bobby Shields & Nicky Valentino came to ringside. Shields grabbed Justice’s leg which lead to him being super kicked by Beverly which gained him the pin fall. As Sex Appeal set up for the menage e trois, a triple thrust kick, but they bickered. Beverly bailed to ringside. Shields & Valentino set up to kick Justice who ducked and clotheslined them. Justice then tossed them out of the ring.

Analysis: They set up the break up or at least pairing down of Sex Appeal. I’m not sure if they need to do that. Well, I guess I’d break them up over pairing them down because Beverly could be top dog (He kind of is already anyway) and keep Valentino & Shields as a tag team. I’m not sure they’ll do well enough as singles guys. Beverly can pull it off.

The match was good and well wrestled. Beverly gets the cheap win but he doesn’t realize it and Justice gets to kick ass at the end to show of the one man militia attitude. Good work. Score: +1.

Kirst has face paint now. Krimson talked from behind the camera about how his father is powerful and begs him to come home. He says that he has found someone who shares his pain and has taken him in like a son. Krimson ended with “Quoth the father nevermore…Krimson like the mask.”

Analysis: I’d assume that means Raven is making a reapperance after his loss at Wrestlelution. I still think his tag line sucks.  In this instance, it also overshadowed his thinly veiled reference to Raven. I dig the black and white promos they let him do. Score: 0.

Kirst came out crawling his way to the ring. Krimson came to ringside with him. Corey Winters, his old tag team partner, was his opponent. Kirst wore a black bag over his head to the ring and kept it on after the bell rung which allowed Winters to go on the offense. Kirst took off the bag and spit red mist into Winters’ eyes. Kirst then gave him a vertebreaker. Matthew Justice came out and ran off Kirst & Krimson.

Analysis: I think they did a good job of using a segment to promote what will be an undercard match at some point but is definitely a feud. They may not have wanted to have this match this early so they saved the big confrontation at least until a time they can hype it some. Score: +1.

Shima Xion came on screen and said he was returning to PWO TV after a couple of months off. Xion said Michael Facade cost him more money and an opportunity to show Facade up at the biggest show of PWO, Wrestlelution, because he blinded him with hair spray like Xion had done to Facade, also. Xion said he wants one more match to settle their feud once and for all.

Analysis: It’d be nice to get a blow off match to this feud. Xion was OK. Score: 0.

Bobby Shields representing Sex Appeal came out for a match against Jason Gory who was making his debut in PWO. Dombrowski said that he has been wrestling in the area for a while now. . Dombrowski said that Sex Appeal will take on Aeroform in two singles matches at their next show Pressure Rising in Akron on January 15th. Gory started out fast with arm drags. Gory did a sling shot 619 (cool looking but he’s not the smoothest) on Shields but only got a two count. Shields tossed Gory into the ring post. Shields strangled Gory.  Gory jaw jacked Shields. Shields locked in a European headlock.  Gory hit a heavy clothesline. Gory bulldogged Shields into the middle turn buckle. Shields hit the Mafia kick in the corner. Shields an arrow falcon suplex for a two count. Gory gave Shields a power sunset flip. Think of Melina’s finisher where she screams then flips her opponent but he did it by jumping over Shields as he was bent over.

Analysis: Gory has a whole lot of potential. He can get smoother in the ring. He could also bulk up which might help stabilize him a bit more in some of these manuevers. Good debut for him and bad news for Sex Appeal who haven’t won recently outside of Beverly’s win earlier. Score: +1.

The Sons of Michigan, Ben Fruth & Benjamin Boone, came out first. Boone asked for silence, got a mild reaction and said they didn’t get a proper introduction. (Boone said he’s doesn’t care what we think and called the crowd plebeians. Someone was stealing too much from too many people.) The guest ring announcer says Detroit sucks. The Homeless Handicapped Connection, Gregory Iron & Hobo Joe, came out for a non-title match. Boone was attacked by the champs as Fruth stood on the ring apron. Boone catches Hobo Joe charging in and gave him a big boot to the face.  Iron tagged in and gave Boone a facebuster. Iron came up empty charging into a corner. Boone got a two count from a leg drop. Boone kept going for pin falls after some simple moves. Iron gave Boone the Destabilizer (Stunner) that allowed him to give Hobo Joe a hot tag. Fruth didn’t want to tag in. Joe pulled out his underwear for a “Socko” like move. Iron got a two count off a top rope cross body. Boone speared Iron then argued with Fruth. Boone brought him in the hard way and used him as a weapon. Boone finished Iron off with a splash. Then my DVR cut off so the ending was quite abrupt.

Analysis: The match was fine but I can’t shake the idea that I wouldn’t waste my time with someone like Fruth even if I really loved bullying someone. Shouldn’t you have some type of control over him like Krimson has over Kirst? Boone still won the match single handed which he should have so it worked out well for the Sons of Michigan this time around. I get the odd feeling though the Fruth will cost them in a future higher stakes match which is yet another reason not to keep him around. The match was fine aside from the fact that it was the complete opposite of what should happen which is the face getting illegally double teamed too often then over coming the odds because he had a sketchy partner. The Homeless Handicapped Connection needs a challenger for their belts so this will do even though Boone (and the snowed in “Amazing” N8 Mattson who was supposed to be in this match) should be singles wrestlers. Score: +1.

Final Score: 3/7. Final Analysis: I’d bust their chops more if they hadn’t been so handcuffed. They did a good job of sticking to basics and set up as much as they could with the people they had on hand. I have no idea what they originally had in mind so this is more speculation than normal. They did do a solid job of hyping Pressure Rising which I’m assuming is the next set of tapings that took place on Saturday the 15th in Akron. Unfortunately, they probably don’t have as much run up to that even as they’d have liked. I was surprised that they got a Nonpoint song as their theme music for Pressure Rising. Biggest band sponsor yet. They’re no Hold for Swank though.