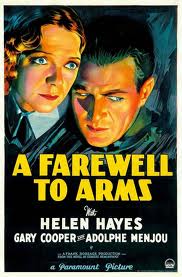 Joe Dombrowski talked about PWO  having heart with Gregory Iron, Hobo Joe & Matthew Justice. Dombrowski said that Justice signed with WWE. A bunch of the guys came from the back and congratulated Justice. Iron had his hand raised by Justice as he got to do a victory lap.

After the introduction video, Nicki Valentino came out wearing a fanny pack and his zubaz inspired trunks. He issued an open challenge and Epiphany, a large African American woman, came out. Dombrowski said she was a new comer. Valentino said this would be a good lesson because in “his day, women knew their place, in the kitchen.” A clothes line, drop kick and slam sent Valentino to the outside. He caught her coming back into the ring. Valentino took his time getting to the second rope then missed a splash. A World’s Strongest Slam only got Epiphany a two count. Valentino caught her charging in with a back elbow. He then used the ropes as leverage to get the pin. Dombrowski explained the Royal Rumble rules for the Wrestle-Rama Rumble.

Analysis: For being a new comer, Epiphany did well but she has a long way to go to look completely smooth. She was taller and larger than Valentino but could use to drop some weight. Valentino getting the cheap, 80’s inspired win suited his character but doesn’t do much for showing off any in ring skills. Score: 0.

Analysis: I hope people tune in because of Valentine because I don’t. He’s a bit punch drunk. Dombrowski really had to lead him to get the answers they wanted. I take it, thankfully, that “The Hammer” won’t be the one wrestling Valentino at Wrestlelution because of the way this promo talked about other guys from the 80’s taking out Valentino. Score: -1.

“Amazing” N8 Mattson bragged about being half of the Tag Team Champions and the Wrestle-Rama Champion. He predicted Benjamin Boone as the winner. Mattson said if Boone didn’t win, he hopes that Ben Fruith won so that he could rid him from the roster. Analysis: Solid promo that keeps Mattson’s tough talk and berating of Fruith. Score: +1.

The Wrestle-Rama Rumble started. Bobby Beverly was #1. Louis Lynden was #2. Dombrowski said that they have disliked each other for a while. No significant action happened prior to Bobby Shields coming down as #3. Shields & Beverly double teamed Lynden. Brian Bender was #4 but had to escort Brian Castle to the back. Bender beat down Sex Appeal. Bender was wearing neon green zebra striped trunks that were way too similar to Valentino’s. Epiphany was entrant #5. She went right after Lynden.  Lynden worked over Beverly while Shields laid around. Bender was taking on Epiphany. (Bender is larger but they’re the closest in size.) Hobo Joe was #6. He & Bender almost eliminated Shields but Beverly made the save. Brian Castle was #7. “Comedy” ensued with Catle not listening to Bender. Krimson was entrant #8. Castle was clothes lined (barely) over the top. Krimson then tossed Bender out. Krimson did the same to Hobo Joe then Epiphany.  Krimson paired off with Beverly and Shields & Lynden. Michael “The Bomber” Facade was #9. Shiima Xion was the next to hit the ring. Nothing significant happened in between Facade & Xion. Nicki Valentino was entrant #11. Dombrowski said they’d stop the action so we didn’t miss any of it during the commercial break.

Analysis: The inherent problem in Rumble/Battle Royals are that there’s no room to do the stuff one would normally do in a wrestling ring. I’m not exactly reinventing the wheel with that gem. Krimson got to come in as the big bad heel and toss four people including Bender & Castle, tow of the larger men. Them being tossed would have been more important if they weren’t a comedy act. For following the Rumble formula – Score: +1.

Beverly got eliminated but we didn’t see it because they focused on Lynden keeping himself in the match by hooking his feet on the bottom rope and pushing off the floor with his hands. Jason Gory was #12. He went after Facade but was taken out by Xion. Jason Bane hit the ring and stared down Gory & Krimson who were in a corner. Lynden got eliminated by Shields & Valentino. Gory got fed to Bane by Krimson and was quickly tossed. Krimson gave Bane the throat slash then eliminated himself.  Bane tossed Shields then Valentino. Facade got eliminated by Xion. Daniel Arkhum entered with only Xion & Bane in the ring. Dombrowski had to re-ask Maguire a question. Maguire said he liked Arkhum because “He doesn’t like to do things like stay in shape.” (Nice recovery from not listening to your partner.) Arkhum & Bane eliminated Xion after Ben Fruith entered the ring. Entrant #16 was Corey Winters. He went after Bane who quickly turned it around. Benjamin Boone was next man out. He eliminated Fruith, Winters & Arkhum. Boone & Bane traded blows. Boone took control and tried to toss Bane.  “The  Elite” Davey Boy McGinniss was next out and got tossed by Bane. Boone eliminated Jason Bane who was pissed and walked angrily to the back. Gregory Iron was entrant #19. Dombrowski wondered how Iron could toss Boone. (Agreed.) Boone fired away Iron. Flip Kendrick was the final entrant. He came into the ring giving Boone a cross body then a standing moonsault. Kendrick missed a punch which allowed Boone to get under him and back body drop him out. Iron held onto Boone with a front head lock. Iron didn’t get him otu with the low bridge. Mattson put Boone’s legs on the  apron. Spring board back elbow got Boone off the apron and onto the floor. Iron gets a shot at the WrestleRama Trophy in the future.

Analysis: Good ending and they worked around the size differential well. I’d have to say this victory sets up a title defense by the Sons of Michigan at Wrestlelution against the Homeless Handicapped Connection. They advanced the Krimson/Bane storyline on this second part. The other feuds were represented too. That’s about the most you can ask for out of a match like this one. It’s never going to be a five star beauty. Score: +1.

Final Score: 2/5. Final Analysis: It’s hard to rate a show like this one. You come into it knowing that the major storyline is a match that is going to chew up most of the show and won’t be of high quality because of the limitations I’ve already mentioned. When you include the Matthew Justice send off, which went from subtle hints to a feature moment, you compromise the quality of the show even more. Joe Dombrowski and PWO did get to blow their own horns by pointing out that one of their home grown talents got signed by the biggest wrestling company in the world. They seem to realize that their goal isn’t to compete with the WWE or even TNA right now.  It’s an admirable view of your station.  Let your company build up, then maybe you can compete with the big boys or become the next ECW or ROH where talent keeps getting poached.