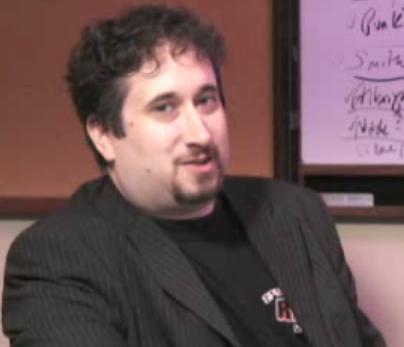 Gabe Sapolsky: Portrait of a Man... who learned as much from Paul Heyman as he did from Tommy Dreamer and people who don't shower.

According to Prowrestling.net, DGUSA (yep, it’s still around) booker Gabe Sapolsky wrote a blog at the Heyman Hustle Web site, the topic being CM Punk and Daniel Bryan winning the only two titles in professional wrestling that count, and moral being that he was the genius who booked them first.

I had the privilege and good fortune to book both Punk and Bryan as Ring Of Honor World Champions. When both stood atop WWE Universe last night the only thought that came to mind was “F— YOU!!!!”

I believe in them because they have those special intangibles that separate the greats from the wannabes and the elite from the greats.

No note from Sapolsky as to who in Dragon Gate USA or EVOLVE these days has those special intangibles. And what apparently goes without saying is that there are wannabes (Brodie Lee, Chuck Taylor), there are greats (CIMA… yeah, CIMA), and there are the elite (guys who have moved onto WWE to win major championships and earn good money). Read between the lines, people. -Eric

One Response to “Gabe Sapolsky man-ragging about CM Punk, Daniel Bryan makes me think, “Who gives a f***?””