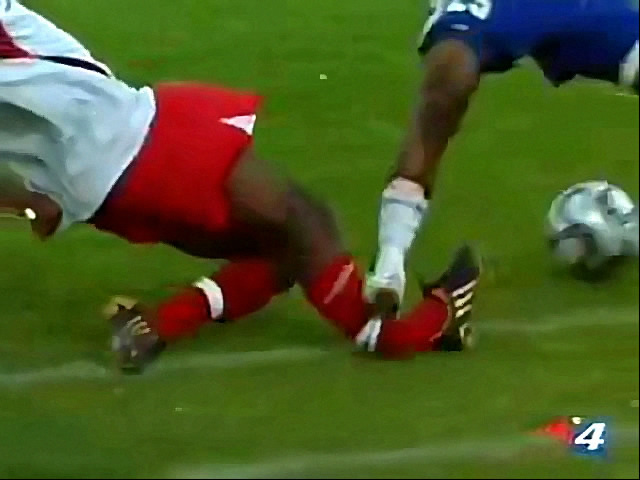 Injuries have taken a toll on the PWO roster. Find out below for who it is.

Joe Dombrowski and Aaron Maguire introduce the show. The main event is going to be Bobby Shields vs Johnny Gargano. Corey Winters takes on Bryan Castle too. The opener is going to be for the PWO TV Title with Jason Gory defending against Gregory Iron. The introductions took a while but Dombrowski & Maguire filled in the past between the opponents. Pedro De Lucca did formal introductions as always for a title bout. Gorey goes to the outside to start the match but Iron gave him a plancha to get things going. (The audio sounds a little off again.) An Irish Whip into one corner led to a bulldog out of the other corner. The crowd got a “Handicapped Hero” chant going. Iron got a two count on a roll up. Gorey turned it around by biting Iron’s forehead. Gorey chopped him in the corner. A suplex got Gorey a two count. Gorey launched himself into Iron’s midsection while he was in a corner. Gorey choked Iron on the middle rope then snapped his neck on it by sling shooting to the outside. Iron connected on a pair of clotheslines. Gorey gave Iron a boot to the face. Gorey got caught coming off the middle rope. Iron turned it into a neck breaker. A face buster by Iron looked similar to a Code Breaker. Iron tried to choke Gory with his shirt. The referee took it away from him. While the ref was distracted, Gorey clocked Iron with the TV Title. Gorey locked on the Anaconda Vice for the victory.

Analysis: Good match. You don’t want Iron winning at this point. Extend this feud out. I’m interested to see if Iron ends up going up the food chain to Krimson. Gorey is more suitable size wise and it’d help to take away the Dead Wrestling Society’s only gold. But taking out the leader since he took out your best friend has it’s merits too. Score: +1.

Aeroform (Louis Lynden & Flip Kendrick) celebrates their win as tag team champions. Michael “The Bomber” Facade is in the back ground. Louis Lynden starts the victory speech. He notes that the Sons of Michigan are no more. Lynden says it is Facade’s time to get single’s gold. He said that he’s let the PWO TV Title slip thru his hands too many times. Facade said he’s going to take the title out of the darkness and put it on “The Neon Ninja” where it can shine bright. Flip Kendrick says that they’re on fire.

Analysis: Not a great finish by the closer. I liked Lynden the best. Neon Ninja just makes me laugh. I know he wears lots of neon but I didn’t realize that was something to be proud of since the mid 80’s. I’m glad Facade admitted his short coming in winning the title. The Sons of Michigan are done because “Amazing” N8 Mattson retired late last year after sustaining another injury. I’d like to thank him for taking time out to talk to me last year before Wrestlelution. He was a class act and I wish him the best. Score: 0.

Veda Scott assumes that we know her and we’ve seen Wrestlelution. She blamed her loss when light reflected of someone’s hot dog wrapper. She said that she will take out Sassy Stephie to prove her point. They cut away when she was still talking. Analysis: Let’s just say she needs some work in the mic department. The focus of her character needs to be found. She didn’t go all in heel to me. She also needed to organize things better. I liked the idea of the message but she had to repeat herself or restart after a stumble more than once. Score: -1.

Corey Winters comes to the ring with Ben Fruith. Bryan Castle is accompanied by Brian Bender. Winters tried a bunch of stuff that a little man shouldn’t on a much larger opponents. Castle started with a Samoan Drop from one of those moves. Winters landed on his feet on a suplex attempt. Winters countered out of a belly to back suplex. Winters tried to slam Castle who reversed it. A leg drop by Castle only got him a two count. Winters gave Castle a pair of enziguris. Winters kicked Castle in the gut then a running boot to the face. Winters sentoned him but only got two. Bender gave Winters the lucky head band of Castle. He gave Winters a single leg drop kick. Castle power slammed Winters. Castle missed a splash in the corner. Winters rolled up Castle for the victory. Winters acted surprised. They hugged after the match. Castle then hugged Fruith & Bender.

Analysis: Solid match. It’s always a little awkward having faces fight faces. It seems like they’ve stalled on the Bender/Castle situation. Fruith & Winters are the loveable loser types. I think it’s worked for both of them so far. Score: +1.

In Justin LaBar‘s office, he was talking to “The Megastar” Marion Fontaine with Vic Travagliante. LaBar wants to put the past behind them. Fontaine tells him he’s a schister. Fontaine reminded him that LaBar attacked him from behind. Fontaine said he can do whatever he wants. Fontaine said he can’t be fired so he can’t be controlled. Fontaine said that he’s going to make Labar’s life a living hell until he’s out of PWO. Fontaine said that a “Megastar” lasts forever but the commissioner is only temporary. LaBar tells him that Fontaine is going to give him a title shot in two weeks against “M Dogg 20” Matt Cross. Fontaine wonders how LaBar will screw him. Fontaine requests Brodie Lee. LaBar said he’ll be at ringside to prevent anyone from interfering. Fontaine is still suspicious. He vows to end his reign as commissioner again.

Analysis: That was a good segment. LaBar is still a bit monotone but he’s better than Johnny Wooden GM. LaBar being suspicious is warranted but a clean loss could bury the hatchet of this feud. Score: +1.

Jason Bane gave Matt Cross credit for pinning him. He says that he respects a clean pin. Bane says that they’ll meet again and the ending will be much different. Bane moves on to Krimson. He knows they’re not done. Bane tells him he’s going to take him on again but it’s going to be more vicious and brutal. Bane said he’s going to turn Krimson from hunter to hunted. He vows to bring the pain. Analysis: That’s jamming a lot into a promo but he got in both necessary mentions. Too bad they didn’t know when the Bane vs Krimson match would air since he could have hyped it better. Score: +1.

Bobby Shields came to the ring first. Dombrowski talked about the ski mask. Bobby Shields was posing while the referee checked him for foreign objects. (That was pretty funny.) Johnny Gargano came down after the commercial break. He was carrying the ski mask with him. Gargano threw it at Shields and started assaulting him. Shields got clotheslined over the ropes. Gargano hit him with pescado. Gargano strangled Shields with his shirt. Shields suckered Gargano into a corner then pulled him into the middle turn buckle by the tights. Shields gave him a back breaker. Shields stretched him out with a knee in Gargano’s back. Shields knocked Gargano down with a running reverse elbow. Gargano punched Shields who reversed an Irish Whip to keep the upper hand. Shields drop kicked him. He rolled Gargano up for a two count. Shields missed a drop kick. Gargano knocked Shields back with punches.  Gargano Downward Spiraled Shields into the middle turn buckle. Gargano got two after a one legged drop kick. Shields gave Gargano a Back Stabber. Gargano rolled Shields up for a two. Shields gave Gargano a Fireman’s Carry into a back breaker. Gargano kicked out. Gargano rolled around and kicked Shields in the head knocking him to the outside. Shields gave Gargano a shoulder block. Gargano hit a sling shot spear. Bobby Beverly held Gargano’s leg. Shields tried to capitalize. Gargano gave Shields a super kick but Beverly distracted the ref. Shields attacked him from behind. Shields connected with the Body Bomb for the victory.

Analysis: Great match to finish things out on.The announcers talked about the psychological advantage Sex Appeal had over Gargano. Big win for Shields which is good. He has earned a step up even if he cheated to win. I wonder what PWO will do with Johnny Gargano. If you didn’t know the story go here. He also tweeted that he’s going to his doctor on Tuesday. Good luck to him. He’s been a great guy every year I’ve been up to Wrestlelution. Score: +2.

Final Score: 6/8. Final Analysis: With only tow bad segments, this show was very good. Even though Veda Scott stumbled on her promo, it is nice having a woman’s match to break up the sausagefest that is PWO. The other “bad” segment just needed some more organization. It would have been nice to let Aeroform celebrate their victory alone without having Facade add in his two cents. He could have been there for moral support but trying to set up his agenda was the wrong thing to do in my opinion. Facade going after Gorey though does open up the door for Gregory Iron going after Krimson. Having Iron start his move to Krimson could start in the no Holds Barred match between Bane & Krimson. -Kevin