You are here: Home › WWE News › Ted Dibiase is hurt. 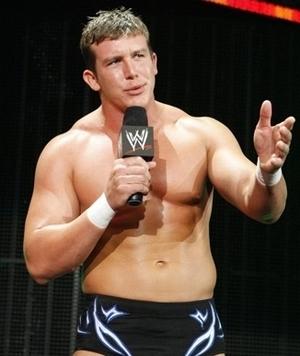 Ted Dibiase is hurt. No not the important one the other one; his kid, Ted Dibiase Jr. So that’s that. Check back later for more updates or something.  But then Prowrestling.net has the skinny.

Really, what else am I supposed to say? He plans on being at The Royal Rumble so that is nice. I mean Kane needs someone to toss out of the ring.

It will keep him off Smackdown for an undetermined amount of time? You can still wrestle with ligament damage in your wrist I suppose. He doesn’t use the money gimmick so there will be no rubbing of the fingers to put strain on his hand at all so that is good. He no longer has arm candy in Maryse to grab on to his injured wrist as they walk to the ring. Laying on your back after jobbing doesn’t require any strain on your wrist as well. It is a good thing they had that scintillating flag match this past week or he wouldn’t have been able to wave it proudly after beating, um, what’s his name.

Why the hell wasn’t that a low rider bike on a pole match? First guy to grab the bike and wheel it around the ring without tipping over would be declared the winner. This way there could have been potential merchandise capabilities. At the very least Dibiase could have had that as a prop for his Dibiase Posse Parties. Imagine his fan (yup) getting drunk and riding around the parking lot before shows promoting the party.

The important issue here though is what really becomes of the Dibiase Posse Parties. Will his fan still gather at events? Will Ted still go out on the road and crash his fan themed parties? Will anyone really notice he isn’t there? What becomes of his Twitter account? Does he set himself up like Stephen Hawking so we can stay in tough? Will anyone notice that he has had three different gimmicks in the last six months? What? You hadn’t noticed. Not my fault. Pay attention next time. –Jeremy