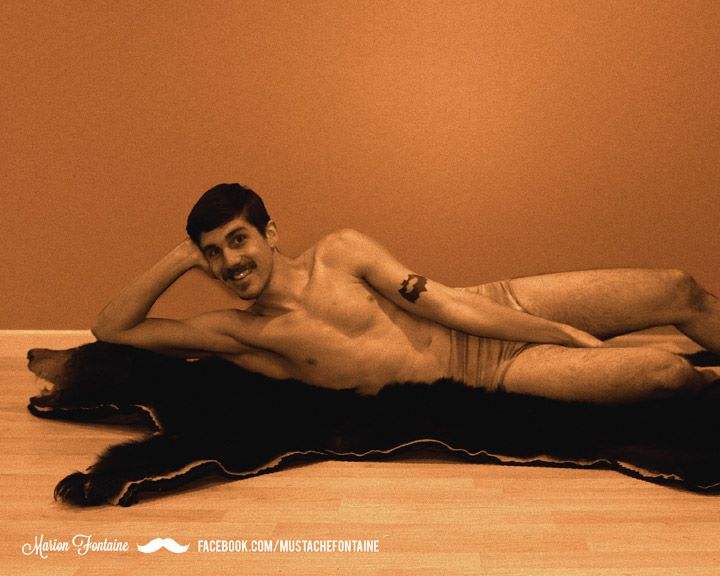 This makes your review pointless.

Joe Dombrowski and Aaron Maguire introduce the show. Matt Cross defends the PWO Title against Bobby Beverly. “The Megastar” Marion Fontaine takes on Corey Winters. Bobby Shields with Nicki Valentino kicks the show off against Bryan Castle who didn’t have Brian Bender. The ref did the old school pat down. Shields starts with punches. Castle hip tossed Shields three times. Castle slammed him. Castle waved at Valentino. Shields attacked him from behind on the floor. Shields missed a chop and hit the post. Castle started to attack the hand. Valentino held Castle’s leg so that Shields could attack again. Shields kneed Castle in the gut. Shields choked him. Shields missed a splash. Castle put on the head band and clotheslined Shields. Castle drop kicked him. Shields got splashed. Castle low clotheslined him. Valentino distracted the ref. Shields kicked Castle in the face. He only got a two count. Shields got tossed over the rope and noggin knocked with Valentino. Castle tried to suplex Shields back into the ring but Valentino grabbed his leg. Shields countered into a splash and Valentino held the legs for the three count.

Krimson tells Jason Bane that Wrestlelution was not going to be their last meeting. He says he’s been in a no DQ match with Bane and he knows what’s coming. Krimson said he learned from his mistakes and will not repeat them. Krimson tells Matt Mason to walk away before he drowns in a sea of misery and despair. Analysis: I’m just digging this dude right now. Really thoughtful evil promos. Score: +1.

Jason Bane states the stipulations in the match. He says that if he needs to become a monster to beat Krimson and will do it. Bane promises to become the most brutal of them all. Analysis: It’s a tough spot. I thought it got the point across but he followed Krimson so it feels worse than it should. He’s just not that great at mic work but Bane has improved. Score: +1.

Matt Mason said that he can’t get a response from him. Mason said that he’s going to get a hold of Krimson. Mason is calling him out on his sickness. Mason said he’s tired of Krimson trying to crush other people’s dream. Mason said that if Krimson can’t stop his own sickness, he will. Analysis: He could have used a little more pep to really nail this thing but he needs to pivot to more than an observer at this point. This promo seemed pointed that way. Score: +1.

Marion Fontaine came out first. Corey Winters tried to hype up the crowd. (They need the last venue back.) Fontaine primps to the crowd. They tied up in the corner. Fontaine broke clean. Winters backed Fontaine into the corner. He broke clean too. Winters arm dragged Fontaine and held him down with an arm bar. Dombrowski zinged Maguire. Fontaine kneed Winters. Corey yanked on Fontaine’s arm. Fontaine flipped out of the arm bar but bragged so Winters yanked on his arm multiple times. Winters flipped him onto his back. Fontaine didn’t get enough air for a leap frog. Fontaine drop kicked Winters. They redid the spot. Fontaine went for a monkey flip but Winters pulled his legs backwards and Irish whipped him. Winters super arm dragged him out of the ring. Winters nailed a cross body to the floor. Fontaine rammed Winters into the guard rail. Fontaine tossed him back into the ring. Fontaine yapped to the crowd from the apron. Winters grabbed the injured left arm but Fontaine jumped backwards. Fontaine started to work over Winters left arm. Fontaine punched him. Fontaine chin locked Winters. Winters fought out. Fontaine basement drop kicked Winters. Fontaine kicked Winters to the mat. He over shot a moonsault as noted by Dombrowski.  Winters punched him. Winters nailed an enziguri. Winters hit a Cutter. He only got a two count. Fontaine kicked Winters in the face charging into a corner. He followed it up with a super kick. Fontaine missed a spring board. Winters hit a stomach buster. He went for Sliced Bread #2 but Fontaine ducked under and held the tights for the three count. Justin LaBar orders the match restarted because of said held tights. Winters rolls up Fontaine while holding the tights which he should have seen but Dombrowski said he had turned around. Fontaine assaulted Winters after the match. Fontaine yelled at LaBar. Fontaine says he wants the tapes.

Analysis: Fontaine did not wrestle very well during this match. Short on the leap frog and missing the moonsault, woof. Winters seemed to wrestle well. They’re progressing the story the way they should despite my continued reservations. Score: 0.

Matthew Justice barely talked when Krimson interfered with his own promo. He tells Justice that he failed in New York. (Also known as the WWE if you’re not familiar with the fact that Justice signed a developmental deal last year.) Krimson said that he needs to be awakened. He says Justice can be their version for Justice. Analysis: I like the idea. They have the void in those ranks for him and Aaron Draven. Justice hasn’t gotten traction one way or the other so he’d be going heel but he’s still fresh after a year away. Score: +1.

Jimmy Jacobs asks why someone like him would attack Johnny Gargano. Jacobs says been everywhere and done everything. He mentions that he beat CM Punk, Daniel Bryan and the late great Eddie Guerrero. He says that him and Johnny Gargano just don’t like each other. He hates everything about Gargano. Jacobs said Gargano has been disrespecting him. Jacobs says he’s done everything Gargano has but he did it better. Jacobs admits that he’s lost a lot of respect in the eyes of the fans. He said it was because he had to take some time off for drug problems. Jacobs said that Gargano was in his spot when he left. Jacobs said his return to PWO won’t return with fan fare. He said the fans will stop caring about Gargano and if that doesn’t  break his will, Jacobs will break the rest of it. Analysis: Very interesting promo. I liked it’s truthfulness. Jacobs is a very intriguing promo to me but his size has never won me over. Score: +1.

Bobby Beverly was introduced before a commercial break. He ordered Valentino & Shields to the back. Matt Cross milks the entrance but the crowd blows. I praised the last crowd. Pedro De Lucca did formal introductions. Beverly is wearing a “Trust In The Thrust” shirt. Dombrowski notes that this belt is the only belt Beverly hasn’t won in PWO. Maguire zings Dombrowski for saying “evil doer”. They had some little exchanges with lots of movement. Beverly ducked to the apron then Cross kicked him in the face to the floor. Cross nailed a suicide dive. Cross dropped the flag pole elbow. Cross tossed Beverly back into the ring. Cross atomic dropped him. Cross had a single leg crab. Beverly got the knees up during a hand spring elbow. Beverly drop kicked him low. Beverly butterfly suplexed Cross. Beverly chin locked him. Cross fought out but got met with a drop kick to the knee. Beverly locked in a single leg. Beverly low drop kicked Cross again. Beverly chopped him. Cross traded then. Beverly tossed Cross into a corner. Beverly pounded away on him. Beverly suplexed him but only got a two count. Beverly cinched in another rear chin lock. Cross flipped out of a belly to back suplex. He caught Beverly charging in with a boot.  Beverly missed a second charge. Cross nailed the hand spring elbow. Cross clotheslined then drop kicked Beverly. Cross kicked Beverly in the corner. Cross got two from a standing moonsault. Beverly gave Cross a back breaker. They missed their finishers. Beverly glanced Cross with a second super kick. Beverly Blue Thunder Bombed Cross who kicked out at two. Cross jumped out of the power slam position and pushed Beverly into a corner. Cross follow through clotheslined him. Cross got a two count from a double stomp. They both missed some moves. Cross pump kicked Beverly. Cross was a bit off with the Shooting Star Press but caught at least half of it. Cross got the three count.

Analysis: It sucks that the only bad thing that happened in the match happened at the end. The upside is that it was a really well wrestled match. Beverly gets in a good dose of offense and Cross still gets a clean win. Score: +1.

Final Score: 7/8. Final Analysis: PWO has fallen into a decent format of three matches with multiple promos. I liked the promos more than the matches this week. The matches were set up nicely but the finishes were predictable. The final match was predictable mainly because Beverly hasn’t been built up enough to take the title. Dombrowski did say that many people are predicting him as the next big thing in PWO at which I raised my hand. I think Beverly can climb from this loss though and it gives Cross a win over someone who is close to his level. The promos moved their respective feuds along. Jimmy Jacobs was promised to have an in ring debut which is a good thing for PWO even if he has lost some of his shine as he admitted. They need to cut back on the number feuds that Krimson is involved with. Gregory Iron, Jason Bane and Matt Mason is more than a crowd. It’ll be interesting to see the outcome of the match next week because that should determine where this story goes.