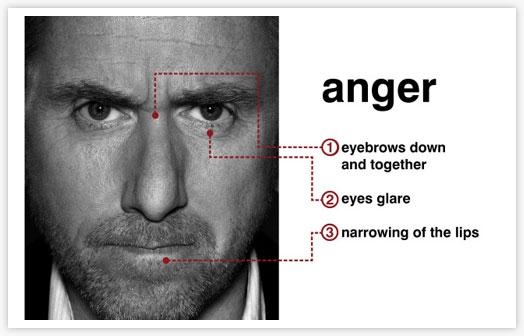 Last week, the column was pretty angry after re-reading it. I’m hoping that isn’t the case this week but with another three hours on the horizon. I was amused at CM Punk’s anger in his tweet to Seth Mates:

@SethMates Next Week! Grown ass men will watch a show designed, marketed and targeted for children! Then complain about it!

I didn’t react to it because you can tell he’s intentionally trying to make the internet fans angry at him to get more boos at the arena. I’m not buying it Punk even if I agree with some of the statement. As I’ve continually said though, you can have a children’s show that adults like. I still watch Star Wars: The Clone Wars on Cartoon Network. It’s well written and the animation (for computer animation) is pretty stellar. Time for some bad children’s entertainment. Let’s roll.

We start with a recap of Jerry Lawler retelling his whole tale involving CM Punk. Not exactly going to help my anger management problem. What is happening with Punk’s hair? Why not shave the top part as short as the rest of it? I wish Punk would have told Lawler he turned his back on the WWE audience from mailing it in on commentary since Jim Ross left. I couldn’t stop staring at Lawler’s pig nose. Why did it look like he doesn’t have a septum? Start off with a challenge to an old guy. Yippee.

So Mitchell Cool tells us how long it’s been since Jack Swagger has been on TV but then expects us to take him esriously as he takes on Ryback? How stupid are these people? At least my girl is volunteering to do the Ryback “Feed me more!” arm swing in the living room. Swagger is sure happy that Ryback dropped him on his head. People are cheering this dumb finisher? Trying to control the anger, more. Oh goody, another Cena vs Miz match. Jerry, this decision isn’t about going to Miami.

Layla comes out to take on Natalya Neidhart. They recap Kaitlyn winning the battle royal last week. Why are they finally trying to build up her up? She got a nice win on Smackdown. Natalya is another good stepping stone. Vickie Guerrero comes down to say something. Layla looked solid and busted out some moves that I haven’t seen before. OK, so Layla gets kicked out of the ring after building her up so that they undo the work the victory just did? I need a mood stabilizer. She insults AJ’s ability to be GM. AJ comes out and attacks Vickie. They are more important than the Diva’s Title.

I obviously FF thru the DX stuff. We’ve seen it more than enough the last several weeks. A new anger management angle for Daniel Bryan, this time in group setting. A child with a goat head comes in to be berated. The segment is funny, especially by WWE standards. Lawler gets another promo to tell us who he beat in Memphis. To no one’s surprise, Lawler accepts.

What is John Cena doing wrestling at the 9 PM time slot? I hope Mitchell resorts to his baby face announcer status from Smackdown this past week. That was one of the strangest things ever and a perfect reason why not to make your lead announcer, who sucks, to be a heel. A gripping head lock is taking us to commercial. Banging head on lap top, already. I have failed my mission. Josh Matthews joins the booth after the break. I need to feed my girl a couple of Mike’s Hard Lemonade’s before every Raw. Her on going commentary is a riot. The Miz stole the Matt Hardy Side Effect. He got an Attitude Adjustment for his transgression.

Daniel Bryan is still in therapy. Why is this therapist cracking me up? Of course Kane is the last patient. And he’s wearing his Predator mask. Heath Slater is Touting about his winning streak. It could really come against Santino Marella but it won’t since Santino is in a real feud. Slater is cracking me up. Santino is wrestling a regular match until Aksana shows up. The Cobra still strikes for the expected Santino win.

The girl is looking for a No Disqualification match since Punk is taking on a 62 year old. I FF thru The Funkasaurus & Sin Cara entrances. Damien Sandow makes me stop the parade. Cody Rhodes meets his standards. The match starts after the break! I get done discussing the outcome of the match. I expected a cheap win for Rhodes but they go obvious and have Rhodes lose again like she predicted. Kane‘s story is hilarious. Glad he mentioned Katie. The therapist is killing me. For some reason, the black guy gets cozy with Kane. It goes OK. Fun stuff.

R Truth is taking on Daniel Bryan. For some reason, Kofi is in a suit that could be killer if it fit better. Too much bag Kofi. Truth nails the Lie Detector. Bryan takes it in stride and goes on the attack. Truth ends up instigating a yelling match so that Bryan gets counted out. Bryan flips his lid after he realizes what happens.

I FF thru HHH‘s entrance because I knew he’d milk the ovation. Still annoying. My girl starts chanting “You tapped out.” He could have cut to the chase even earlier. He gets to babble about his history. HHH sets his Wrestlemania match. Oh, he doesn’t. HHH gets verklempt which is the only thing that makes me pay attention to his promo for the first time. He sucks up the crowd noise. He didn’t say he’d retire. As even my girl has been pointing out “You’re already retired. I’ve been watching for four months now.”

Of course Dolph Ziggler would come out to Jericho’s music. He gloats as he should. Alberto Del Rio is his partner. They’re taking on Randy Orton & Sheamus. The good guys are looking tough at the break. Ziggler is in control of Orton after the commercials. Sheamus gets the hot tag and cleans up on Ziggler. Orton costs Ziggler the match to Sheamus after a Brogue Kick.

Jerry Lawler is talking to John Cena. He doesn’t need his help. Cena wishes him luck.

Kane comes down to the announce booth and scares off Matthews. Zack Ryder is out for the next match. David Otunga is his opponent. Otunga is on the offense. Kane stays silent. Ryder wins. Kane slaps the choke on Ryder. He lets go but then does it to Otunga.

CM Punk & Jerry Lawler get the FF entrances treatment. Josh Matthews is back. Punk sells the free shot like he got hit by a cannon. I believe Jeremy sent me a text sarcastically saying “The crowd heat is insane for this match.” The crowd is shitting on it. I’m not shocked. It didn’t need to take this direction. Lawler hits the flying fist but only gets a two count. CM Punk applies the Anaconda Vice as my DVR stops. Seriously WWE, I’m done. 3:05 is still too much time even in anger management mode. -Kevin