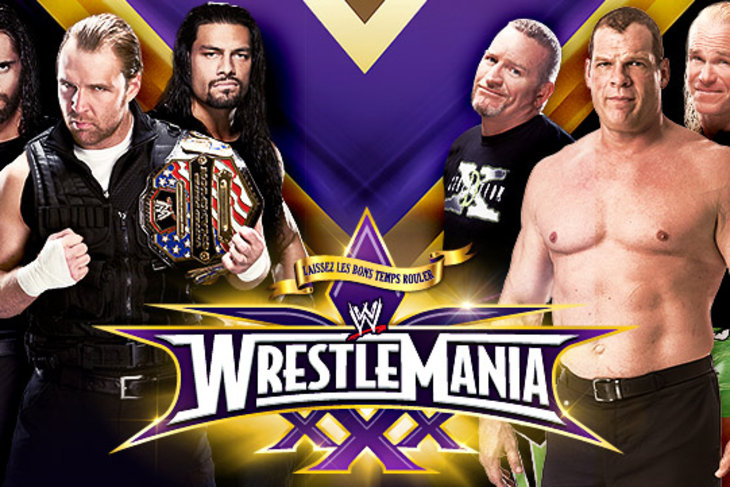 Jeremy & Kevin are back to talk about the newly reunited Shield taking on the randomly thrown together team of Kane & the New Age Outlaws. Would we be looking forward to this match more if it was a three way match between Dean Ambrose, Seth Rollins & Roman Reigns? Why exactly did the WWE decide not to pull the trigger on their break up? Was it because of CM Punk leaving? Will the Shield’s problems re-appear at Wrestlemania? The Corporate Kiss Asses have been pushed into this match when the Authority disavowed their actions from several weeks ago. Has that helped the story line for this match? Why would anyone not keep up on their Director of Operations? The Corporate Kiss Asses all have a laundry list of accolades but can they keep up with the Shield in the ring? Should we believe that Billy Gunn & Road Dogg can all of a sudden keep up when they couldn’t keep up with the Usos? Even though Kane’s character is still entertaining, can he make up for what the New Age Outlaws lack? Don’t worry, this podcast isn’t lacking anything so click on the link below.