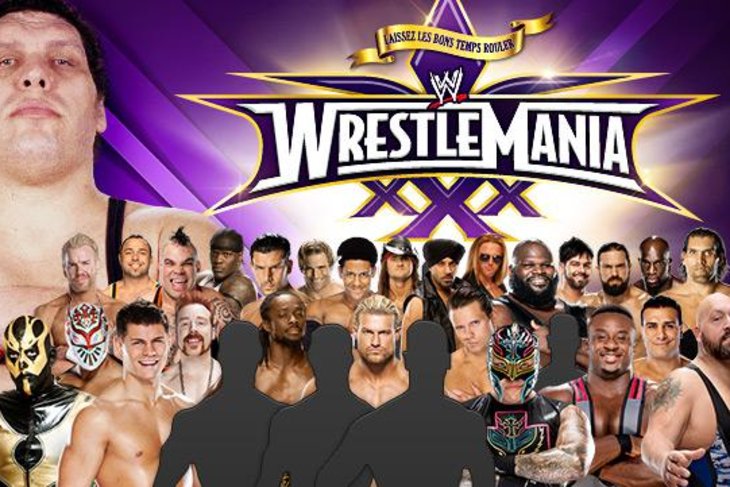 Jeremy & Kevin start the second half of their Wrestlemania previews with a look at a match announced by Hulk Hogan, the Andre The Giant Battle Royal. He didn’t announce what the prize was for winning. The WWE hasn’t announced anything in the time since then. So does it matter if Big Show wins? Or will he get to continue his losing ways? Does it matter that Dolph Ziggler has been on a winning streak? How about Big E Langston who isn’t defending the Intercontinental Title? Could a returning Rey Mysterio beat the odds again? Will Kofi Kingston get to be a spot monkey? Will Sheamus Brogue Kick everyone out of the ring? Will one of the mystery guests win the Battle Royal? Is anyone speculating on who will be in the vacant spots? Jeremy & Kevin’s big question of this show though is, why are some of these other jokers getting a Wrestlemania bonus if they can’t crack one of the main television shows? Shouldn’t the over talent want an even larger slice of the pie? Both of yours hosts would so click on the link below for something we won’t earn a dime off.