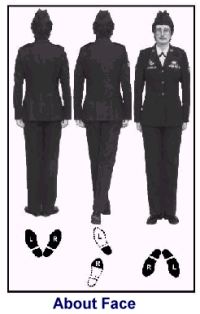 Since TNA/Impact Wrestling has wrestled the crown of worst promotion from the very incapable hands of Ring of Honor, I wasn’t sure if I could continue doing this column. I will try to talk about the positives  but I already know it’s not going to last long. Simple solution. When they do more than 50% positive in a show, I’ll call it “ROH is Second Worst”, if not it will resume it’s former name of “ROH is the Worst.”

Tomasso Ciampa had a quality match with Roderick Strong, who continues to look better than he had for the last year and a half. 2014 has been sharp for him from what I’ve seen aside from not knowing how to take the Styles Clash. ROH has highlighted the ongoing feud between Cedric Alexander and The Decade, which consists of Strong, Jimmy Jacobs, BJ Whitmer and lackey Adam Page. Alexander interfered in Strong’s match and cost him the victory. They ended up fighting after the match which I’m not a big fan of since they are fighting at the next pay per view. On a positive note, they have fought recently (last week if memory serves) so they weren’t giving away anything we haven’t seen before. Having people cost their adversary a victory is in the Booking 101 hand book. Good on ROH.

Silas Young versus The Romantic Touch was good for what it is. The Romantic Touch is mildly amusing character so he lost to the more serious Young. Silas isn’t going to be moving up the ladder any time soon but he had a quality feud with Mark Briscoe early this year. He should and did get the win over the comedy act. ROH is 2 for 2.

Kevin Steen‘s claim for the World Title is a very valid one since he never got a rematch for his title. Playing a video package to recap this feud is what you should be doing. I never said wrestling was rocket science.

Bobby Fish & Kyle O’Reilly cut a quality promo against the Young Bucks. I could have used without Kyle O’Reilly drinking casually out of a coffee mug but he was fine when he spoke. Bobby Fish really delivered and made me like this short promo.

Jimmy Jacobs taking on Corey Hollis was another example of The Decade going after younger wrestlers and disrespecting them. Jacobs did his part by not shaking hands with Hollis. The Decade also debuted a new lackey, Tadarius Thomas. I’m not sure that ROH needed to add anyone else to the ranks of the Decade because four seems to be a good limit. I’m also not sure what they have in mind so I’ll give the angle some time. Jacobs ended up winning the match without interference, which is another good choice by ROH. If The Decade wants to maintain their disdain of younger wrestlers, they need to beat them first so that the crowd rallies behind Cedric Alexander and whoever else they have help to dismantle The Decade.

Michael Elgin versus Rocky Romero was a good quality main event. It wasn’t anything special but much like the Touch vs Young match, the correct person won in Michael Elgin, which isn’t a given in ROH. They gave Romero enough offense to not look bad but had Elgin win fairly handily. Quality show for ROH all around. Maybe I’ll start calling them Second Best if this keeps up. – Kevin