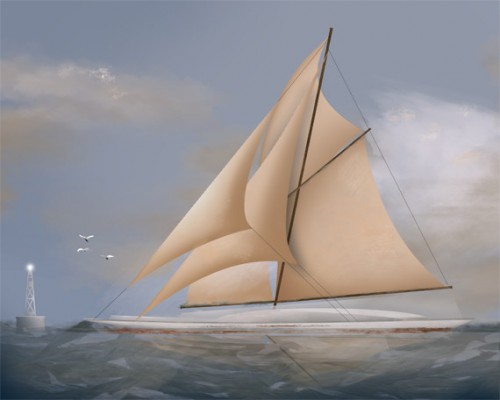 The show began with an excellent pre-show hype special hosted by Renee Young, Paul Heyman, and Christian. Christian was just kind of there but the chemistry between Renee and Paul was just off the page. These two have the potential to be the next Heenan/Okerlund if not the next Heenan/Monsoon (the highest level imaginable). Paul was definitely the star of the show as his analysis was spot on especially when establishing the stakes for Tyson Kidd in the main event. The pre-show in general was a hit and the pure sports feel was a welcome change to the clown show that is the Raw pre-show. If you a planning on watching Takeover on demand this week, do not skip over the pre-show as it is required viewing. (Kevin’s Edit: We might be known for publishing material late. This review is no different. We’ll be gunning for a more on time report, hopefully free of computer problems.)

As the pre-show was ending, viewers were treated to the arrival of Adam Rose and his entourage on the Experience bus. They danced their way into the building as the pre-show faded to black.

NXT Takeover began with an excellent historical video package and then went to Tom Phillips, Byron Saxton, and William Regal on commentary as Adam Rose and his entourage danced all the way into the arena for our opening match…

Rose was back at home at Full Sail University so he was mega over. Camacho has improved but considering how low he began, he still has a long way to go before even being slightly above average in the ring. The match was average at best but the crowd was totally into Rose as their returning cult hero so it was never boring. Rose won a short match with a cravat DDT he calls the Party Foul.

A video feature on Sami Zayn then aired where he spoke of his journey and the importance of his match. Good stuff again.

This was a short match completely designed to show off the Ascension’s power moves and they were in there with the perfect opponents to do so. Kalisto and Local got very little so I do not know if they have a future together as a team after this. Local still has a bit of a gut on him so his moves were not as fluid as they should have been but the match was not about his team. The Ascension won with the Fall of Man high-low maneuver on Local.

Another very good video feature aired, this time on Tyler Breeze, who tried to get himself over as more than just a pretty face.

Best match on the show to this point by far. Sami was his usual great self and Breeze kept right up with him to create an exciting back-and-forth match with a lot of moves. There was argument from some pundits (cough Jeremy Maes cough) over whether they did too much in fact. I don’t agree as I believe a lot of leeway should be given to a spotlight match that is designed to get over the next top contender to the Heavyweight Championship. The only spot that was borderline too much was a suplex into a powerbomb from Zayn that got only a 2 count. If they had traded big spots for another 5 minutes then it would have been too much but from there they went right to the finishing sequence which was Zayn attempting his running boot in the corner and Breeze putting his arm up in such a manor that he “accidentally” crotched Zayn. While Zayn was doubled over, Breeze hit him with The Beauty Shot which is a spin kick that I can see the argument for being weak finish to a high impact match. Great match.

Next, Lana and Alexander Rusev came to the ring carrying a Russian flag. After Lana got the obligatory Putin reference out of the way, they were then interrupted by a flag waving Mojo Rawley. He charged at Rusev and was immediately overwhelmed and destroyed him ending the beating with 2 Accolade camel clutches, one in the ring and one on the floor at Lana’s command.

A great piece then aired on the Women’s Championship match focusing on family pride.

Paige arrived to that the Full Sail crown and wish the best of luck to both competitors in the Women’s Championship final.

Best match on the show and maybe one of the five greatest North American womens matches of all time. They did a perfect job building the drama of this match both in the ring and outside. This match was a labor of love for those involved and that is always a pleasure to see and that does absolutely translate to the audience in the arena and at home. The match finish came when the ladies were exchanging submission finishers. They did possibly the longest figure-4 reversal spot in history as they rolled from one end of the ring to the other rolling outside with with Charlotte still holding on as the referee counted to 5 for a break. Once back in the Charlotte put Nattie in the Sharpshooter right in Bret’s face. Nattie was able to use her last bit of strength to escape but that was all she had left as she fell prey to Charlotte’s Bow Down To The Queen for the win. After the match everyone exchanged hugs in an emotional scene as both Ric and Charlotte were in tears. The whole thing was phenomenal and worth $9.99 on its own.

Good match but it was not able to come close to the match that preceded it or reach the Zayn/Breeze match either. Following such exciting matches and the loser stigma attached to Kidd probably led to a less excited crown to close the show. To their credit, they used the stigma attached to Kidd as the story of the match and it built well. They got the crowd going again with a hot finishing sequence that saw Neville get the win with the Red Arrow corkscrew splash. After the match, a frustrated Kidd refused to shake Neville’s hand and stormed off.

Camacho – Improving steadily but still ways to go. Having a gimmick thats a copy of a copy, of copy, of a copy, etc. doesn’t help matters either. Grade: C

Adam Rose – He was in all his glory back at Full Sail but unfortunately they do not film Raw at Full Sail every week. The jury is still out as to whether his niche cult following can translate to big arenas across the world. That is also an issue with other cult NXT acts (see Emma). His in-ring was nothing special either which might be concerning for someone who spent so long in developmental. Grade: C+

The Ascension – Still a couple of green muscleheads without a lot of upside in my opinion. They were at their best tossing about smaller wrestlers here but they won’t always be in situations so specifically designed for them. Grade: C

Kalisto and Local – They didn’t get the opportunity to show much here and Local showed that he still hasn’t gotten the message about his physique. If this is the lowest weight he can naturally cut down to then all involved really need to think about his in-ring future. Grade: D-

Sami Zayn – What more can be said? He is a tremendously gifted performer who I’ve never seen in a bad match. Tonight his job was to get another man over while still keeping himself just as over as he came in and he did that in spades. Grade: A

Tyler Breeze – Breeze had a lot to prove here and I believe he succeeded in surpassing even the most optimistic expectations. He proved that he can go with the best and he is ready to challenge for the NXT Championship. Grade: A

Rusev/Lana – Basic stuff from them but I noticed an intensity from Rusev that has been missing on Raw and I am interested in seeing more that from him. Grade: B-

Mojo Rawley – I don’t get the Hype Man. He does nothing for me and him doing a low rent Jim Duggan impersonation was especially horrible. Grade: F

Natalya – I’m going to preface this by saying that I am not a Nattie fan at all. There is something about the way she carries herself, both in the ring and on Total Divas, that just makes her unlikeable to me. I won’t say much more than that because I’m not looking to take over the mantle as Stunt Granny’s resident “angry white man” (cough Jeremy Maes cough). That all out of the way; what a brilliant performance by Natalya here. She was the glue that held this match together and I don’t know if there is any other WWE Diva who could have lead Charlotte to that amazing of a match so early in her career. Grade: A+

Charlotte – She will be the most athletic diva of all time and in 5 years she will be the one leading the next great female athlete through her first great match. This show was much about her as anyone and she delivered a great performance beyond her years pro. Grade: A

Adrian Neville – He had a lot to follow so this was not a showcase night for him. He still put on a very good performance and was able to get an exhausted crowd back up one more time with his big moves in the homestretch. That is an accomplishment in its own right. Grade: B+

Tyson Kidd – This was a big night for him and, while I can’t say he blew me away, he performed well. The Tyson Kidd persona, as it stands, is damaged goods. But the guy is a talented performer and there may be potential for him as a heel if he can channel his legitimate professional frustrations into a new persona. A run as a Paul Heyman Guy could work for him (watch the post-show for more on this featuring a masterful performance from Heyman stirring things up between husband and wife). Grade: B

Overall Show – A fantastic show on all fronts. A show with 2 great matches, one very good match, great production, good announcing, and nothing offensive  gets a very high recommendation. Watch this show! Overall Grade: A – Chris