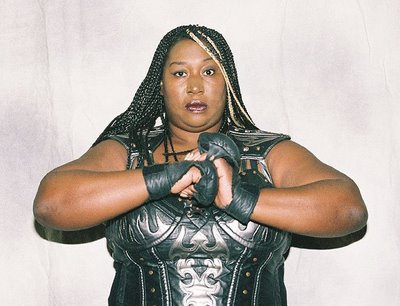 When I get to the WWE, I get to kick Michael Cole's ass.

In typical TNA fashion they acted retarded and it has ended up costing them, hopefully, one of their only real marketable and money drawing wrestlers. Regardless if she is a woman or not she is a hundred times better than 98 percent of the roster. But since she has a vagina, she gets no respect. Whatever. WWE is the only place she should be.

John Lauranitis better be on the phone starting Monday to sign her for immediate exposure on Smackdown. Get her in the middle of Beth and Mickie and then have a big blow out at WrestleMania damnit. He also needs to make sure and sign the package deal and bring in the extraordinary Cheerleader Melissa. Yeah, she’s available as well. Fantasy booking at its best! This has to happen. -Jeremy