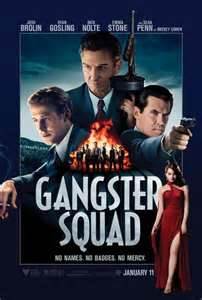 Jeremy: So no more releases as of yet.

Kevin: I would have to think it’s ended now unless the rumor mill is true that no one can get a hold of JTG.

Jeremy: HA, poor JTG. Did you realize he was still employed?

Kevin: Yes because I’ve gone thru that roster page too often recently during shows. If I hadn’t done that, I wouldn’t know. He doesn’t even make Main Event.

Jeremy: If there was ever a time to replace him wouldn’t it be now? They have Xavier Woods after all.

Kevin: There is no reason to pay someone who can’t even make it to Main Event. JTG should be gone.

Jeremy: Unless he is a trainer behind the scenes? I have no clue what he does as a function for the company.

Jeremy: Saw Chris post that he hasn’t had one match this year. What a great way to make money.

Kevin: More reasons to can the guy unless he’s doing something else for them. I bet he’s the mole who is giving TNA the scoop on the WWE’s story lines.

Jeremy: Then he is the worst possible mole ever. I have always figured TNA’s “mole” was the TYV in the office. “Hey look what they are doing. We should do that.”

Kevin: I can’t wait to see what they try to replicate tonight. Hold on, weren’t we talking about everyone who got canned? We haven’t mentioned any of them yet.

Jeremy: Oh yeah, well it sort of goes hand in hand. Some of these people could end up in TNA.

Kevin: If TNA is smart, they’ll stay away simply because more rip off jokes will follow. I know some of them might be useful with re-packaging but none of them are so good that they’ll drag TNA out of the dregs.

Jeremy: Out of the list of the released Evan Bourne will probably end up in ROH again or Dragon Gate USA. He is too talented for this to be the end of his career.

Kevin: He should land on his feet. No one else will care about the pot smoking. The rash of injuries usually subsides at some point. Hell, once brittle Fred Taylor even had a string of injury free years for the Jacksonville Jaguars.

Jeremy: His injuries were from a car accident as well and then a string of “bad luck.” Regardless he has immediate merchandise potential as I have said since WWE called him up. TNA should take a look but they won’t.

Kevin: He’s the only guy I wouldn’t blame them for picking up. I’d be disappointed in him if he did that though. Everyone in wrestling has to know it’s a black hole.

Jeremy: At this time though if they come calling you sort of have to listen and at least consider it. Drew Mcintyre can still make a go of things.

Jeremy: Allow me to interrupt this conversation for breaking news: JTG has been released.

Kevin: Congrats to R Truth & Xavier Woods. I was amused that Mark Henry tweeted something about being employed for 18 years now. He’s got the Big Show’s iron clad contract.

Jeremy: Yeah that was sort of a dumbass move but then if he didn’t like any of them it doesn’t matter.

Kevin: They could have done something other than suck if they wanted to stay employed. If nothing else, you can tell Zack Ryder cares even if he continues to say “Thank you may I have another?” as he’s kicked in the teeth.

Jeremy: As I wrote. McIntyre made the most of the chance he got. Brodus did as well. The others were just sort of there. None of these are shocking releases. The only shocking part was that JTG made it through but that has been rectified.

Kevin: It’s still a bit of a head scratcher that they never went to Brodus the bad ass after he dumped the Funkadactyls & Albert. But whatever, again. It’s not that big of a loss.

Jeremy: Brodus was misused. At the time it worked. When they split him up why not go the old route by dressing him in a suit, give him shades and let him bodyguard for someone. Then eventually break them off? Seems weird to just push him away.

Kevin: It just dawned on me that he’d be a good mid-carder if they went that route. Shahid and I talked about their lack of mid-card during the week. New baby face needs to move up to the main event? Beat Brodus Clay. They use Mark Henry that way so why not switch it up some.

Jeremy: Yeah that would have been a fine move as well. Just seems like there was too much potential there to simply move him out of sight.

Kevin: Agreed. McIntyre will forever be know as the guy anointed by Vince McMahon as the future. I doubt he ever was. He never got much interest from me.

Jeremy: The most interest he ever garnered was from those terrible Matt Hardy videos. He never clicked. When other wrestlers are openly mocking how boring you are and you never change then the writing is in bold print.

Kevin: But he still held onto that job for quite a while himself. Aksana lost her job as soon as the “Russian” Lana popped up.

Kevin: I believe I mentioned this at the top, you’ve got to feel good if you’ve survived today. I feel like previously, the WWE would release 2 wrestlers then wait a day or two and then release another pair and string everyone along. This year, everyone got to meet the chopping block on the same day.

Jeremy: Previous years were usually on a Friday or a Monday. If I am the talent I am not feeling good until next Wednesday. This way you know something is up if you are written off of television.

Kevin: Good point. I’ll get the scoop on anything of the sort since I’m going to Smackdown on Tuesday.

Jeremy: Nice. Looking at the roster there are plenty of people who can be excised and it would not be noticeable.

Kevin: Another reason I feel like the WWE won’t axe anyone else is the amount of TV time and they can’t completely gut NXT to fill those needs.

Jeremy: There is a lot of dead weight though that is not filling television. Hell, they released a majority of 3MB and they were on at least two shows a week.

Kevin: Fair enough. I don’t feel like going to the roster page to check. Does anyone come to mind?

Jeremy: Justin Gabriel, David Otunga, Santino, Whoever is Sin Cara. They have been so focused on using the same people lately the other under and bottom card wrestlers are near invisible.

Kevin: I definitely think Santino is staying. They love the comedy characters. The other three I can see being cut.

Jeremy: The way Santino was clobbered by Swagger makes me think he is prime for replacing. Adam Rose is damn near a comedy act already.

Kevin: I suppose we’ll find out soon enough if your time line is until next Wednesday.