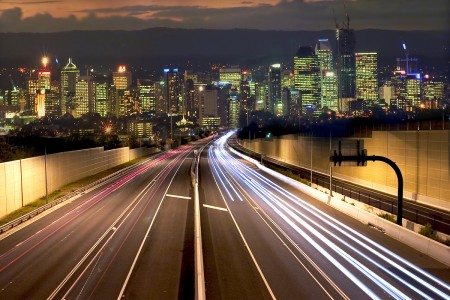 John Cena started the show off by telling us he is going to beat Rusev at Fast Lane. Thankfully he did skip his resume. Rusev comes out so that Lana can make the same point. They get to say “Crush” a lot. Rusev gives the “You can’t see me” and they end up brawling. How did I miss the point of Cena being more aggressive? Wasn’t that his entire point for months after the Brock Lesnar massacre? Cena is really kicking Rusev’s ass. Is Bray Wyatt finally happy that Cena snapped?

Dean Ambrose is doing a sit down promo behind a desk. He acts goofy and funny. Luke Harper is waiting in the ring for Dean-o to come down. I keep getting updates from The Lady about what happened on Total Divas last night. Season plus of the DVR recording the show and me not watching. Poor Harper is in jobber heaven. Harper kills me selling the bulldog. Harper catches a diving Ambrose, shoves him against the ring apron and then kicks him in the grill to take us to break. Nice of JBL to slip in a Pippa Middleton comment. Ambrose connects with a tornado DDT to get himself back on track. Ambrose drop kicks Harper against the ropes. Ambrose gets a two count after a top rope elbow. Harper super kicks Ambrose. Harper turns the sling shot clothes line into a side slam of his own. Ambrose gets the sling shot clothes line on the second try. Dirty Deeds for the win. If I hadn’t seen it on the internet earlier tonight, I would now know that Dusty Rhodes will be on Raw tonight.

HHH and Kane are talking when Big Show comes in. Show & Kane bicker while HHH looks annoyed. Kane has a match against Roman Reigns while Show gets Daniel Bryan. Bray Wyatt used to be fearful of the anonymous gentleman who is the Undertaker. He just has hatred for him now. Dusty Rhodes comes in on Stardust & Goldust. The stars don’t mean anything without family. The Dust Brothers shake hands but no one is buying that this pep talk will work.

The New Day of Xavier Woods & Kofi Kingston are taking on the Dust Brothers. Goldust didn’t take advantage of the tag in. He deserved to get popped. Stardust misses on a Disaster Kick, but doesn’t pop Goldust. Kofi comes through with Trouble in Paradise. Stardust ducks, Goldust takes it and loses. Cody hits Cross Rhodes on Goldie after the match. Roman Reigns gets interviewed by Byron Saxton. Reigns is staying focused on his goal. I like the tempered response from Reigns and Saxton notes it too. Reigns gave Daniel Bryan the opportunity. He isn’t wrong. Reigns has recovered well from the turn at the Rumble, no? Daniel Bryan comes out before Reigns match.

Stardust rips apart his father. Cody exploded because of the universe. Cody tells Dusty that he is dead to him. Daniel Bryan takes the dissing by Reigns and responds to him. Bryan points out that he never complained about his elimination from the Rumble. Bryan starts a “Yes!” chant while  Roman Reigns has the upper hand on Kane. Bryan is playing the smarmy dick Jeremy and I hoped. This is awesome. Reigns with a side slam gets him momentum. Not much, actually. Reigns starts his comeback soon though. Samoan drop by Reigns gets a two count. Reigns spears Kane on the outside. Reigns wins by count out. I know it was one of Reigns big moves that kept Kane down but it wasn’t for much of the ten count. Would have been more impressive that way. Bryan “Yes”es around the ring. I love what has come of the Rumble “revolt”.

Daniel Bryan tells Roman Reigns to get comfortable with the Yes chants. He didn’t need more time. Give someone else that spare second. Or have Bray Wyatt not get a second short promo. The Bella twins steal Paige‘s ring gear. For some reason, she doesn’t have any other clothes. You didn’t wear anything different to the arena?

Summer Rae is waiting in the ring. Paige comes out in one of the Rose Buds costumes. For some reason the announcers act surprised. She took the Rose Bud into her locker room before the break. Summer Rae talks trash. Paige just goes on offense. I enjoy her for that reason. Summer gets her in a legged full nelson, I suppose.  Summer gives Paige a leg drop. Paige fights  back quickly. PTO for the win. The Bella Twins show up. Paige doesn’t need an outfit to look good. She just wants the Divas Title. Paige is a good a Diva as there has been in a while. AJ Lee could be on the list too. They both need more time to get there. (Next Day Note: I’m not sure if AJ is injured or she’s going to sit out like her husband. Whatever the case, they need each other to reach the heights of Lita and Trish. They have the potential.)

Seth Rollins is in the ring with J&J Security. He doesn’t want us to dwell on past presidents when the future is right in front of them. Rollins goes on to say he is the most talented performer in the world. Dolph Ziggler is his main point of ire and he shows up. Ziggler mocks how Rollins got his position. Rollins calls Ziggler’s career a joke. Dolph wants to take out The Future. Ziggler starts the fight before either gets their shirts off.

J&J Security get tossed soon after the break. Ziggler rolls up Rollins. Seth then deservedly blasts him for using such a pansy move. Rollins misses a charge and hits the post with his shoulder. Ziggler hits the splash for a change. Ziggler rolls through on a power bomb attempt. Rollins enziguris a charging Ziggler. Rollins just made fun of Ziggler’s tan. Does he not look in a mirror? I’m not sure how Booker T thinks this is a report card on Rollins. Ziggler hits the Zig Zag when J&J interfere to cause the DQ. Erick Rowan & Ryback make the easy save. Feed Me More!

HHH is here to retort to Sting. Ric Flair comes out so that he can answer for Sting. HHH is pissed that Sting’s made a name for himself off of Flair’s reputation. HHH is the WWE. Flair tells HHH that his worst enemy is his time in the executive chair so that his wrestling timing is off. “When it comes to kicking Sting’s ass, you’re no HHH.” Nice. HHH pushes down Flair after an insult. Sting will never show his face in the WWE again.

Darren Young & his nameless opponent are taking on the Ascension. Young grew a beard to look less like the black version of John Cena. The Ascension assault the make shift tag team. Titus O’Neil makes the save. The tag division could use the Prime Time Players. They are got rid of the Dust Brothers. The Miz wants Bad News Barrett to knock Damien Mizdow down a few pegs.

Barrett and Damien Mizdow have their match after the break. Mizdow has to shine Miz’s shoes. Barrett drives Mizdow into the ring apron. Barrett starts to wear down Mizdow. The Miz continues to interrupt Mizdow when he has the upper hand. Bull Hammer Elbow for the win. Dean Ambrose attacks Barrett. Ambrose zip ties Barrett’s hands around the post. Ambrose naturally wants Barrett to sign the contract. That is a nasty scar that Barrett has on his right triceps. Why is Michael Cole defending this action by Ambrose? It’s funny but is the act of a heel. Bray Wyatt has the answer. He wants someone to find him. Taker will find you after Fast Lane when the hype for Wrestlemania is a bit closer.

Jimmy Uso & Naomi are taking on Natalya & Tyson Kidd.  The ladies go at it after Kidd ducks out of the ring. Jimmy tags in. Kidd comes in reluctantly. Kidd tags in Natalya. The Divas mirror moves. Basement drop kick by Natty. She goes for the Sharpshooter. They exchange pin falls with Naomi finally getting it. Cesaro starts to freak out. Kidd then freaks out on his own. (Next Day Note: WWE, please learn that no one thinks Natty is likeable on Total Divas. Keep her a heel. Please & thank you.)

Daniel Bryan is taking on Big Show with Roman Reigns at ring side. JBL needs to remember that there were Giants at the top of the bean stalk. First analogy that the other announcers should have mocked, but didn’t. Show has the upper hand early. Bryan turns a Gorilla Slam into a sleeper hold. Reigns starts to sign autographs at ring side. Hilarious. Then starts taking selfies with fans. Bryan kicks Show repeatedly. Big Show chops him. I can’t tell if Reigns is being amused by the announcers or he’s smirking because Bryan is getting his ass kicked. Bryan drags Big Show over the top rope. Reigns starts throwing out shirts. Bryan drives Big Show into the steel post. Show tosses Bryan into Reigns. Show tries to spear Bryan but he side steps it. Reigns gets speared. Bryan drop kicks Show in the knee. Bryan drop kicks him in the corner twice. Show counters the third but Bryan turns it into a Yes Lock. Show grabs the bottom rope. Bryan gets the head kick in this time. Reigns comes in and Superman Punches Show for the DQ win. Bryan drop kicks Reigns out of the ring. Reigns gets back in the ring and tosses out Bryan. DB contemplates on the outside for a bit then comes back in. Reigns tosses Bryan into the barrier. The refs break up the brawl. Bryan points at the Wrestlemania sign. They quickly shake hands then go back at it. Bryan nails the Suicide Dive on the outside. Reigns tosses Bryan into the crowd. Bryan attacks with a chair. Reigns unloads with a forearm. They tumble over the announce table. I loved this hype.  – Kevin