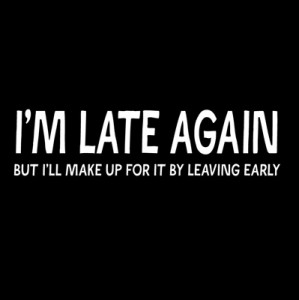 PS: I also forgot that I’m enjoying skipping the beginning of Raw.

So as I was trying to type before Booker threw me off. I’m still having a hard time getting into the Big guy/small guy angle of the feud with Dolph Ziggler and Sheamus. If we were talking UFC, they’d be in different weight classes. By WWE standards though, Ziggler doesn’t strike me as that much smaller than Sheamus. I see the angle with Neville & Daniel Bryan. The WWE did a good job putting heat on Sheamus by having him cost Ziggler his match against King Barrett then he kicked him around to double down on their angle. At least they’re being consistent. I haven’t been able to say that much in the WWE recently.

Even though I’ve typed…Oh my lord, as I try to write about the Sheamus/Dolph Ziggler feud, Booker T pretends like JBL’s Ickey Woods Shuffle reference as dated. Booker does realize he’s been in a national commercial for the better part of a year, right? Ickey Woods is one of JBL’s more updated references. For the matters of reading a review, the WWE realizes they made a mistake breaking up Harper & Rowan. Fandango was the sacrificial lamb that has Rowan back on the winning track.

John Cena continues to give solid speeches devoid of poop jokes. Neville ends up being the opponent in the Open Challenge. As the announcers talk about Cena wearing down with all of the challenges, I laugh. No one sells anything. Why would you expect it now? I do think they don’t have enough credible opponents for him though. Cena keeps pulling out new moves like the Michanoku Driver. Good on him to challenge himself. I haven’t agreed with the crowd much recently on the “This is awesome” chant but I’m with them for this match. Neville kicks out of an AA. That might get too common also. I’m pretty sure the legit challengers like Ambrose, Sami Zayn & Neville have kicked out of the AA. Neville hits a sit down power bomb for a two count. Neville nails the Red Arrow when Rusev attacks. He dispatches of Neville first and then takes out Cena. Rusev ends with an Accolade.

I liked that Kane attacked Roman Reigns as he made his way over the barricade. I liked that Kane finally showed some real anger. What I didn’t like was the announce desk staying in one piece as Reigns gently speared Kane over top it. The angle was just too straight line to get a good up & down motion to break it.

Tamina had a torn ACL. Who knew? Certainly not this guy. She is taking on Brie Bella. I have no idea why Booker is bashing the I think now baby face Bellas then argues with JBL who supported Naomi & Tamina. You’re not supposed to be on the same page and JBL always agrees with cheating. It’s maddening trying to decipher this announce team. Brie Bella gets super kicked to lose. Nikki Strong Style paying off instead of vegan style.

Macho Mandow is taking on Axelmania. Mandow doesn’t do a good Savage voice and being the guy that impersonates other people is no type of gimmick. The Ascension comes out and calls out Mandow & Axel. Mandow dispatches of Connor. Victor gets the big leg drop from Axel. Mandow goes for the Big Elbow but Connor pulls him out of the ring. We’ve got a new tag team? Yeah?

Daniel Bryan comes out for his big announcement. He’s still not been specific about what the injury is but he says he could be out weeks, months or forever. That sucks. He goes on to pimp the IC Title.

New Day coming out and preaching positivity after that DB speech is perfect. They start bagging on Pete Rose. They try to get the “New Day, rocks” chant going but they can’t. Cesaro, Tyson Kidd & Natalya still need a single style to follow. The Beats aren’t enough. Big E and him are having a match. I really enjoyed this match. It’s been a while since I remembered why I liked Big E. Cesaro hasn’t been able to shine as much either. Good stuff from both of them.

The Prime Time Players continue to amuse me. They have got nothing going in the ring though. I’ve got no idea what to think of Bray Wyatt. He talks like a bad guy but has a baby face entrance which makes me not take the talking seriously. Ryback is popular but has gone nowhere fast. Wyatt keeps getting in this spot but hasn’t really built up much credibility. No one gets to step up no matter who wins the feud.

Randy Orton vs Seth Rollins was the main event. It was a well wrestled match that ended in a DQ when J&J Security interfered. Kane came down to the ring first but didn’t help Rollins. Roman Reigns & Dean Ambrose give him their respective finishers. They feed Rollins to Orton for an RKO. Reigns spears Orton. Dirty Deeds on Reigns. – Kevin