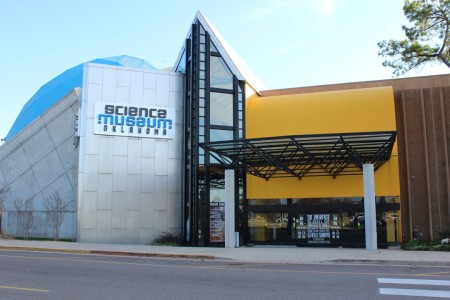 HHH, Stephanie and Seth Rollins come out to the ring first looking chummy. I’m so confused. They just kind of hated him a week or two ago. Summerslam is going to be four hours. I forgot I saw that news earlier today. Rollins is the only one in promo mode. He needs us to stand up because he’s the greatest champion of all time. That’s just stupid but hey, he’s a heel and he’s supposed to do that, right? John Cena comes out to make it clear he is Rollins’s opponent at Summerslam. John wants a match tonight though for the WWE Championship. Now Steph goes heel on Rollins by saying they need to consult the fans. Except she pulls the ball out. Cena needs to “earn” the title shot. Seriously, they hated him a week or two ago. HHH gives Rollins at shot at Cena’s US Title.

The Miz is on the head set while the Big Show takes on Dean Ambrose. The later looks weird after Show rips off his shirt. Ambrose hits a suicide dive. Ambrose gets chopped coming off the top rope. Ambrose unlaces Big Show’s boot. Ambrose keeps making mini comebacks but Show keeps control with his size. Ambrose gets choke slammed off the sling shot clothes line. He kicks out at two. Show nails a second one but Ambrose rolls out of the ring. Ambrose barely gets in the ring. Show kicks him back out. Show spears Ambrose on the outside. Ambrose gets KO Punched going for another suicide dive. Ambrose almost makes it back in the ring but fails. Interesting turn of events. Ambrose ends up dodging a Big Show spear on the outside. I’m still not sure what to think about the angle still. Ambrose gets a measure of revenge but not really.

Neville is taking on Fandango. The announcers want you to believe Neville is in peril early. Thanks for trying guys. Red Arrow shortly after for the win. Stardust is angry about the victory. There’s nothing Neville can do to stop the evil Stardust. Thanks for trying Cody but your love of comics isn’t translating to better promos or a better rivalry with Neville.

Paige, Charlotte and Becky Lynch are still an awkward group. I wanted to vomit when they pinkie swore. Sasha Banks, Naomi & Tamina wonder in. Sasha is already taking the lead in her group. More personality development of the “catty women, we all hate each other” type again so that hasn’t changed about the revolution.

Sasha Banks is taking on Paige. Paige’s head butt is still the most unwomanly thing that happens in any Diva’s match. And I love her for it. They get a commercial break. The other ladies got tossed from ring side for the home stretch. Sasha goes for a pin after the double knee drop which will never make any sense to me. The opponent always has a chance to move. Paige breaks out of a choke by slamming Sasha into the corner. Paige comes back with some corner knees. Paige sneaks in another one to the chest. Sasha with the double knees in the corner. Paige dodges the double knees. Paige locks in a painful reverse chin lock. Sasha gets Paige in the Bank Statement for the tap out win. The crowd is not that into this angle yet. Renee Young brings out Seth Rollins. He gets her to answer his own questions. Rollins sings his praises. His mic work when he’s not over the top is much better but unfortunately his whole gimmick of cheaping out wins depends on the first part much more. If you can’t tell, I liked the end better.

Rusev is smitten with Summer Rae. She healed his soul. Why is he a love sick puppy now? Funny choice of words, because he pulls out a mutt dog as a present to her. The dog’s name will be Dolph Ziggler because of all of it’s bad traits. Rusev also got her a fish. That fish is named Lana. She comes out because everyone sees through him. Lana attacks again and rubs Summer’s face in the fish. She then slaps Rusev.

The Lucha Dragons get to fight Los Matadores. The Prime Time Players are on the head set. Titus O’Neil gets to point out how silly the Matadores are because they’re from Puerto Rico. Kalisto takes on the unnamed Matadore. Michael Cole doesn’t know the difference either because he said “The Matadores break up the pin.” No, it was Primo made the save. New Day comes out. Kalisto picks up the win off the distraction. Why is New Day happy about that?

Bray Wyatt lets me know my parents have been force feeding me lies my whole life. The people who protect us are the people we should fear most. The WWE is still not art house. He tells a story about his dog being unleashed and how he learned a lesson. Kill before you’re killed. Luke Harper gets the mic. The world made him what he is today because we shunned him. Actually, I cheered you the one time I saw you live. Been a fan for a long time, sir. Dean Ambrose should stay out of their business with Roman Reigns. Ambrose’s beginning of a feud with Big Show did confuse me early since he is clearly involved in this angle.

Becky Lynch & Charlotte are taking on Alicia Fox & Nikki Bella. Charlotte gets the bulk of the work early for her team. First she was on top then she started having to sell. Nikki is still doing push ups in the ring. If someone tries to sell me on Nikki being a baby face, I’m going to punch them. Fox is pinning herself in a modified surf board so the ref has to pretend her shoulders aren’t down. Lynch gets to come in for the hot tag. The fans are yet again a bit quiet. Lynch sinks in the Disarmer for the tap out victory.

Sheamus is on the head set for the Kevin Owens vs Randy Orton match. Owens jaws at him. Owens is taking the beating early. He turns it around by tossing Orton into the ring post outside. A break after. Owens is wearing down Orton. Sheamus does a decent job of smoothing things over with Owens from his point of view at least. Owens double knees Orton from a sling shot. Owens misses the Cannonball. Power slam by Orton. Owens rolls to the apron. Owens pulls Orton to the outside. Brogue Kick for the DQ win. Cesaro makes the save. He dispatches of Sheamus. Owens hits the Pop Up Powerbomb on Cesaro. John Cena cuts one of his good style promos while Renee Young holds a microphone.

Seth Rollins takes on John Cena for the US Title in the main event. Rollins starts wearing down Cena earlier than normal in the match. Probably because they didn’t leave this match much time. Cena tries to get out but Rollins keeps stopping him. Rollins even got the better of a stand up variety. Cena really busted his nose open. Buckle Bomb by Rollins. Cena kicks out at two. Cena makes a come back. Rollins flips out of an AA attempt. Cena goes for one later and connects. Rollins with the top rope suplex then a Falcon Arrow. His broken nose looks brutal. STF applied. Rollins almost reaches the ropes. Cena pulls him back to the middle of the ring and reapplies the STF for the tap out win. – Kevin