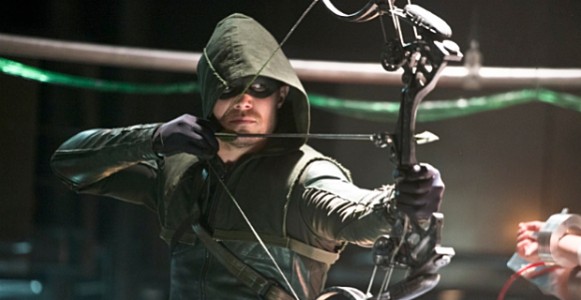 Seth Rollins starts us of with another promo. “That’s why he’s the future of the WWE!” bellows JBL. Because he badly injured his co-worker in the ring? Didn’t that used to get you in trouble with your coworkers for being “sloppy”? I understand using it for story line purposes so don’t think I’m a moron. Rollins tells us he hasn’t heard from John Cena since he laid down his challenge. The split crowd makes me not hear clearly the chants Rollins was taking in. Rollins then informs us Cena will be on Tough Enough. Hmmm, I wonder when he might accept the challenge now. It’s a real head scratch-er. The WWE still thinks it’s funny to put somebody’s mouth in a picture of an opponent so the heel can mock them. Wow. Just wow. Cesaro interrupts because this segment hasn’t been long enough. He challenges Rollins to the Open Challenge. Kevin Owens comes out. Owens is such a dick. He’s so enjoyable. Even pointing out the flaws of other heels is spot on. Randy Orton comes out to stake a claim. HHH comes out because this segment needed to be even longer. Cena is 50/50 for Summerslam. No surprise there. His nose got really jacked up. Cesaro vs Owens vs Orton winner takes on Seth Rollins later. Rollins looks disappointed but I don’t know why. They have to beat each other up. You get to pick up the scraps. Each announcer picks one of the participants in the triple threat match. How cute. Please note the sarcasm. (Next Day Note: Dear lord, even this opening paragraph is too long.)

The Submission Sorority are on the head sets. Team Bella is taking on Team B.A.D. Unifying these ladies as teams is not going to help them as individuals. P.C.B. Club is the new name. Way to re-brand on the fly. Still stupid. They don’t need team names. P.C.B. is not unified on the mics either. Paige is a good talker but she feels awkward with them. Sasha is taking it to Nikki after the break. They are also still trying to push who started the revolution. Ugh. They are giving them time and pushing the angle. Brie Mode hot tag. She waits too long and it allows Sasha to tag in Tamina. She clocks Brie. Tamina gets distracted and Brie rolls her up for the win. All three teams fight. BAD & PCB have a show down after tossing Team Bella.

New Day comes out and continue to be heat magnets. Los Matadores are their opponents. PTP is not at ring side which makes this version of the match different. JBL calls Byron Saxton “Michael”. If it was supposed to be a joke, it was terrible. They still don’t know which Matadore is Diego or Fernando. JBL confirms it by saying “Good night Bull fighter” after the Super Big Ending for the New Day win.

New Day will face PTP at Summerslam. Los Matadores will be involved too. Lucha Dragons will be too. Xavier Woods turns it into a positive. This gimmick is so awesome. It’s long beyond the time of being mad for them being a truly terrible gimmick. Seth Rollins is still upset at HHH‘s decision. HHH tells him he needs to win every single night. (Next Day Note: I like these promos but they’re getting to be a bit too frequent.)

They gave the 9 PM spot to the triple threat match with Cesaro, Randy Orton and Kevin Owens. No one got entrances because the opening segment involved some seriously questionable parts made even worse by the fact that Cena may not make Summerslam. I know Cena seems to heel quickly but that honker could be jarred quickly in a match even if everything is executed flawlessly. Orton & Owens pair off after Owens tosses Cesaro into a post. This match seems poorly laid out to me. The announcers have really been stressing the “No DQ” aspect of a three way. Owens flips onto his opponents at ring side for the break. What a move. Owens gets tandem Superplexed. Cesaro gets pulled off the cover. Doesn’t that make the pinner an idiot? (Next Day Note: I’ll answer my own question, yes it does.) Orton takes the Cesaro Swing. Orton then gets to Double DDT Owens & Cesaro. The Swiss Superman gets to do a twisting plancha. Cesaro hits a sling shot uppercut. Cesaro screws up a top rope move. Owens goes for a Swanton but gets kneed. Owens super kicks Cesaro. Owens goes for a pop up power bomb but gets RKOed. Cesaro then gets RKOed and pinned. Dean Ambrose is backstage and starts telling crazy stories. Roman Reigns is his first real friend. They’re dude bros and killing it.

They have a video package selling Undertaker’s mystique and Brock Lesnar’s awesomeness. Good stuff as usual.

Dean Ambrose & Roman Reigns get separate entrances. Luke Harper comes out with Bray Wyatt. Ambrose pulls off the sling shot clothes line on the outside. Wyatt interferes and Ambrose tosses him over the announce table. Harper misses a discus clothesline and gets into a pinning predicament. Wyatt looks like he’s going to interfere but gets taken out by Reigns. Harper super kicks Reigns. He then does the same to Ambrose for the much needed win. Fun match.

The Miz talks down to Stephen Amell. He then says he brought about the greatness of Daniel Bryan. He’s still getting mad cheered. The Big Show comes out before Bryan gets any news out of his mouth. Ryback then comes out. The Miz & Bryan exit the ring. Bryan tosses the Miz in between them. Big Show tosses around the Miz. Ryback ends up Meat Hook clotheslining Big Show. The Miz gets a Meat Hook too.

Lana is on the head set. That’s going to make this week’s match up between Rusev and Mark Henry much more interesting. Please note the sarcasm. I did notice that Summer is a bad valet on Smackdown. The ladies end up fighting in the ring which causes a DQ. Summer Rae ends up locking in an Accolade on her. The heel finally gets the upper hand. Rusev is officially Bulgarian again. Dolph Ziggler is really selling this injury or is he filming a terrible WWE movie at the moment? (Next Day Note: Jeremy informed me Dolph’s filming some garbage movie. Not helping the sell of this angle. Lana & Summer aren’t doing it for me.)

Neville takes on King Barrett while they talk about Neville’s connection to Stardust. Red Arrow in short order. Stardust ambushes him as he celebrates. Stardust goes to stare down Amell. He chases Stardust into the ring. He looked damn comfortable.

Stephen Amell wants a match with Stardust. Neville proposes a tag match against Stardust & King Barrett. Amell says he’ll sign whatever he needs to to make the match happen. HHH warns Amell of his (victorious) fate. Sheamus pretends that he’s relevant because he has the MITB briefcase. I’m not sure someone with it has been so under featured.

Randy Orton vs Seth Rollins is the main event. It starts late enough that I don’t think much of note will happen. Rollins tries to leave with his title when Orton clothes lines him over the barricade. Orton back drops Rollins onto the announce desk. Orton almost runs into the ref. Rollins rolls him up. Rollins kicks Orton in the face. Orton crotches Rollins on the top rope. Super-plex by Orton but he can’t make the pin. Rollins ends up hitting the hanging DDT on Orton. Rollins then sets up for an RKO. Orton screws up a back drop out of the ring. Rollins goes for a top move but Orton RKOs him. Sheamus attacks Orton for the DQ. Sheamus Brogue Kicks Rollins. Sheamus wants to cash in but won’t let go of the brief case. Orton RKOs Sheamus. – Kevin