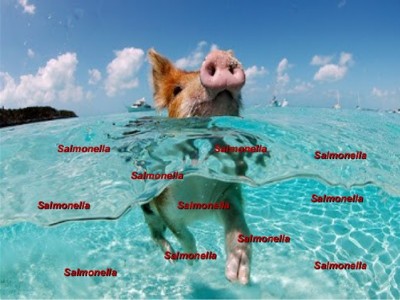 This picture was under “Lots of Potential”. I don’t know why but it’s hilarious. Saved from slideshare.net

Chris & Kevin are back in the studio and they are strictly talking Raw since Jeremy & Shahid did the heavy lifting on the Royal Rumble. They start with the obvious big angles that are being established for Wrestlemania. Dwayne “The Rock” Johnson has yet to have his role determined but he certainly had a large impact on Raw. Was he smart to address the disturbance that was the trio doing cosplay as wrestlers? What tends to be the worst part of Rock’s returns to the WWE? How well did his interactions go with New Day? Is there any chance he teams with the Usos at Wrestlemania? It’s pretty clear that Roman Reigns is going to win at Fastlane. Would it be more interesting if he was just taking on Dean Ambrose instead of Brock Lesnar being thrown into the equation? Speaking of Lesnar, what kind of match will he end up having with Bray Wyatt at Wrestlemania? Is there any chance that he teams with Undertaker to take on the Wyatt Family? Would any more team mates make it look like a lop sided fight for the good guys? How is the WWE going to handle the triumvirate of Charlotte, Sasha Banks and Becky Lynch? Will their careers get any bigger if they get to have a three way dance at Wreslemania? Will the WWE keep the Total Divas out of the Title picture? How will the WWE cope without Nikki Bella? What is Dean Ambrose going to do if he’s out of the WWE Title picture? How much potential does the under card at Wrestlemania have with Ambrose, AJ Styles, Kalisto, Kevin Owens and even the League of Nations on it? Chris & Kevin move on to talk a little ROH. Is it appointment viewing? If no, does that make it bad? What is the worst aspect of the ROH show in Kevin’s opinion? What would channel surfer’s think of Steve Corino wearing a mask and being called “Mr. Wrestling 3?” Does that make all of ROH including a normally even handed Nigel McGuinness look bad? Is Chris Jericho just enabling Cheeseburger to remain popular? Last but not least, they talk about their local indy wrestling leagues after Kevin’s recent visit to watch New Ohio Wrestling. Click on the link to hear the wrestling goodness.