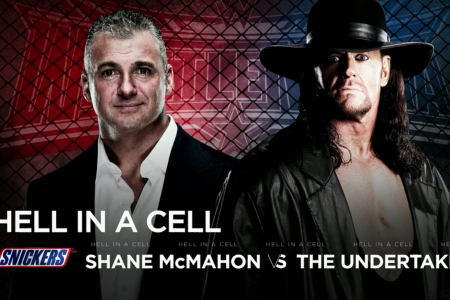 Saved from rsenreport.com but surely originally from WWE.com and now we’re sponsored by Snickers.

Kevin & Jeremy are here to do their match by match preview of Wrestlemania 32. Neither of them can remember when this tradition started but they are back again because of their impending trip to Dallas. A review show will be recorded in that fine city to pick up any details that were missed during the recording of any of these shows. Kevin & Jeremy decide to lead off the previews with the most intriguing match up on the Wrestlemania 32 card, Shane McMahon vs The Undertaker. Does the recently added stipulation that the Undertaker won’t wrestle at Wrestlemania means that he’ll retire? Does it automatically mean that Undertaker is losing the match? Shouldn’t Smackdown be pissed off that Shane will only control Raw and not the entire WWE? Will we see any tangible change if Shane does win? How will this match be made believable? Are Shane’s videos enough to prove that he’s tough enough to hang with the guy who barely got beat by Brock Lesnar two years ago? As they do with all of their previews, they make the rarely done prediction. What do either of these knuckle heads think? Find out by clicking on the link below.