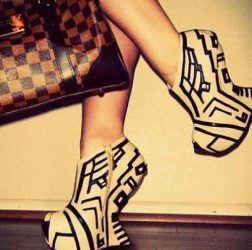 Hot Heels saved from stuffpoint.com. It looks like a sales site. No photocredit.

Chris & Kevin are hot off the heels of watching NXT so they start by talking about the Cruiser Weight Classic which is on after that. Which of your hosts is watching while they record? Who wants to watch it with commentary from Daniel Bryan & Mauro Ranallo? They do get to talking about Johnny Gargano & Tomasso Ciampa who are in both NXT & the CWC. Doesn’t it look like their future is in a tag team? So does it matter who wins the match? Have the outcomes been predictable? Kevin did not find the end of the Dolph Ziggler and Bray Wyatt match as predictable. Should he have? Will Ziggler be able to stay relevant if he loses to Dean Ambrose? How was American Alpha‘s debut? Why does the WWE have so many one note tag team gimmicks like the Vaudevillains and the Shining Stars? How quickly will American Alpha run through all of their opponents? Will Bray Wyatt & Erick Rowan beef up the tag team scene on Smackdown? Was it inevitable Brock Lesnar and Randy Orton would appear on both brands? Isn’t it okay if the WWE enforces the separation otherwise? Raw’s other big angle was Finn Balor taking on Seth Rollins? Did they drop the ball on fleshing out Balor? How much will the casual fans know about Balor if the WWE doesn’t show that on Raw? Isn’t this similar to the way the WWE sheltered AJ Styles? Speaking of which, did him and John Cena steal the spot light for promos this week? Will Cena job to him before going off to record Boot Camp for Fox? This show is boot camp for your ears so click on the link below.