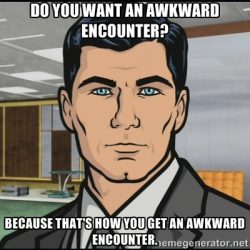 Chris & Kevin are back and now that they record directly after Smackdown, it’s always fresh on their minds. How are they doing building up the likes of Dolph Ziggler and Alberto Del Rio? Is there still any chance that Ziggler beats Dean Ambrose? Who’s to blame for Ambrose’s weird appearance on the “Stone Cold” Steve Austin podcast? Why did Austin keep driving home points that Ambrose clearly didn’t want to talk about? Is the WWE happy that their champion is a high school drop out? Did Ambrose present a different side of himself when he was on Talk Is Jericho? Back to Smackdown though, how bad does the tag team division look after American Alpha? Why does the WWE not get that Carmella is coming off heelish? How long can Eva Marie not wrestle? Did the guys somehow skip Alexa Bliss‘s debut win over Becky Lynch? Smackdown did much of their talking in the ring but Raw did most of their talking in vignettes? How much did Kevin like Finn Balor‘s segment? Why did Seth Rollins introduce the Demon King before that segment though? Is there any chance that Roman Reigns beats Rusev for the US Championship? How good was Lana after the cake incident? Where did the “ringpostitis” segment rank with your hosts? How smart of it was for Luke Gallows & Karl Anderson to take out Big E leaving the smaller Kofi Kingston and weak link Xavier Woods? Is Raw the show trying more new techniques on air? Is it really all that new though? Will Cesaro ever get out of mid card hell? Even though his matches with Sheamus are good, are they getting over looked now? How badly do Sasha Banks and Dana Brooke mesh in the ring? Chris & Kevin mesh well for this show, so go ahead, click on the link and enjoy some WWE talk.