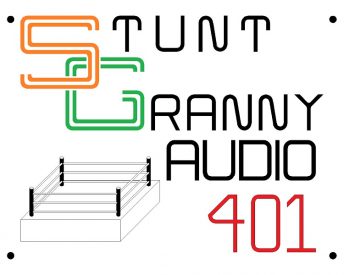 Chris & Kevin start with the fresh news that the WWE may be buying Ring of Honor. Could the WWE simply make it better by improving the production quality of their televised shows? Is there a chance that the WWE would stay out of ROH in a creative capacity? What happens with talents like The Young Bucks that also have contracts with New Japan Pro Wrestling? Who other than Adam Cole would be ready to make the jump into the WWE if the purchase happens? Would they leave stars like him and Jay Briscoe in ROH to keep it a viable brand? Speaking of the WWE signing people, is it any surprise that the Matt and Jeff Hardy supposedly have been offered contracts by the WWE? Will Matt & Jeff be able to beat the TNA lawsuit about their gimmick? Will the WWE just bring them back as the Hardy Boyz anyway? Chris & Kevin wanted to talk about 205 Live and NXT but were there any angles worth talking about in either show? How did they weave in talking about the trash that is Impact Wrestling? The guys wrap up the show on a down note talking about the tragic passing of Jim Ross’s wife Jan and the surgeries on Chandler Biggins, co-owner of Absolute Intense Wrestling.