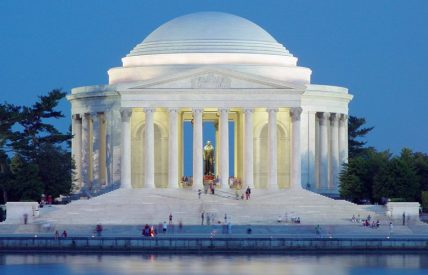 The WWE starts us off with a video package recapping the main event scene. Kurt Angle is the first to hit the ring. He talks about his nervousness about announcing Jason Jordan as his son. Angle is ready to move on to announcing who will take on  Brock Lesnar at Summerslam when Braun Strowman comes out. Do I really need to type that he wants Lesnar? Okay, good. Samoa Joe comes out next. He doesn’t fear anyone. Raise your hand if you didn’t think Roman Reigns was coming out next? Reigns reading off his credentials is pretty impressive. Angle “changes his mind” and books the Fatal Four Way for Summerslam. Why Joe & Reigns thought dumping Strowman over the barricade would keep him down is beyond me. The trio has a gigantic brawl that even the locker room can’t keep separated.

I feel the need to watch the Elias Samson nonsense for this review. It got nowhere so it just wasted time. I never paid attention to how long Finn Balor takes to get to the ring. Balor is taking it to Samson early in this no DQ match. “A little bit of tape won’t help” according to Dr. Booker T, despite people using kinesio tape for exactly those purposes. Balor introduces a chair but Samson gets to use it first. Samson is working over the “injured” shoulder. I’m assuming the kinesio tape is the new bandage wrap. I’ll happily make an ass out of myself if Balor’s shoulder is indeed injured. Balor keeps using his speed to gain control. Balor starts wearing out Samson with a chair. Drop kick into the corner. Coup De Grace but then Bray Wyatt gives him a Sister Abigail. Samson climbs over and covers Balor for the win. Weirdly, Corey Graves has to be outraged by the interference by a heel since Michael Cole & Booker T are behind Samson. People crab walking is still “weird” according to Cole also. Yuck.

I didn’t watch the Jason Jordan interview online so I’m watching it now. Angle is interviewed by Renee Young. Angle is nervous for Jordan. Emma barrages in and wants to be noticed. She suggests dating Jordan. She gets to prove herself against Nia Jax.

Big Show wants to make sure Enzo Amore knows what he’s doing. Enzo is going to bring the fight to him. Well, that didn’t work at the PPV so… Big Cass doesn’t get mic time which is good for all of us. Big Boot for the victory. Hopefully this feud is over. Cass uses Enzo as bait to bring out the Big Show. He then shoves Enzo into Show to grab the upper hand. Show fights back after 3 Empire Elbows. Not exactly selling one of his signature moves. Cass drops another three.

Alexa Bliss gets the choice question. As if anyone in any sport answers that question honestly. She talks about Sasha’s inflated ego and how Bayley is a grown child. Bliss is the winner no matter the result of the match.

Akira Tozawa is ready to take on Ariya Daivari but gets an interview. They recap their feud. That’s why he wants a rematch. Titus O’Neil had the match cancelled for his good. Tozawa comes to the ring anyway. Neville answers Tozawa’s ranting. Neville says that Tozawa’s down fall was after Neville defeated him. Tozawa blasts Neville. Tozawa nails Neville with the top rope senton. He reinjures his shoulder though. Daivari attacks. He leaves Tozawa laying. Daivari then gives Neville a spinning short armed clothes line. Nice intensity.

Bayley & Sasha Banks are hating on Bliss until Banks over looks Bayley tonight. Bayley wants the championship too. Banks wants to prove who the best woman is.

Jason Jordan finally gets actual TV time. He’s ready for the pressure. Renee Young acts like athletes having butterflies is an uncommon thing. This whole angle makes me check out.

Bayley and Banks finally have their match. Bliss gets on the head set. Booker T countering an answer that Bliss doesn’t give. He’s on fire tonight. Banks is wearing down Bayley after the break. Bayley fights out. Bayley with a bulldog off with Banks caught up in the middle rope. Sasha drops Bayley into the middle turn buckle. Double knees to the back. Banks locks in the Bank Statement. Bayley counters it several times but Banks keeps her grip. Banks misses double knees from the top. Bayley with a running knee to the side of Banks head. Banks fires back with an enziguri. Bayley is the first to capitalize with a vicious back elbow. Banks knees Bayley from the apron. Sasha goes to the top but Bayley meets her up there. Banks fights out of a superplex to face plant Bayley. Banks with an awkward splash. Bayley reverses out of the pin to win. Interesting. Banks seemed to be in recovery mode. Bliss comes down and shows of the Raw Women’s Championship.

Curt Hawkins is ready to ruin Jason Jordan’s debut on Raw. Sure pal. For some reason, Jordan doesn’t have new music. Why not Angle’s? A Belly to Back Pop Up neck breaker for an easy win. That doesn’t exaclty scream big man move to me. Or even freak athlete finisher.

There have been so many interviews this evening that Charlie has to come to the ring to interview the Revival. Scott Dawson sends her away promptly. Dash Wilder tells everyone how great they are. Luke Gallows & Karl Anderson come out and rain on their parade. Gallows & Anderson may finally be getting nerds over, with the wrestling nerds. Matt & Jeff Hardy come out. It distracts Gallows & Anderson more than the Revival. Shatter Machine for the victory. The Hardyz attack. Poetry in Motion. Twist of Fate. Swanton Bomb.

The Miz cracks on Hollywood for reboots and compares it to Dean Ambrose & Seth Rollins reuniting. Hilarious.

The Miztourage vs Ambrose & Rollins is the main event. This is not particularly sexy to me. Curtis Axel & Bo Dallas are going to get extensive ring time. For reasons other than Ambrose & Rollins being another super team since they’ve got nothing better to do in the singles department. Rollins ends up having to seel for Axel. The Miz gives Rollins a hellacious DDT. Rollins kicks out. Steve Austin hangs his head in shame. Ambrose gets the hot tag and takes out the whole Miztourage. Lunatic Lariot on Dallas. Miz boots Ambrose during a pin fall. Rollins takes out Miz. Axel takes out Rollins. Axel tags in. Ambrose goes for Dirty Deeds. Axel fights out and Miz tags his back. Ambrose gets out of the Skull Crushing Finale. Stereo suicide dives. Ambrose with Dirty Deeds to win. Steve Austin gets the last laugh in the match as a DDT does win it. – Kevin DiFrango