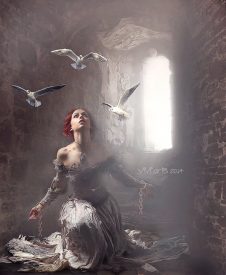 Redemption by Vivi Art in 2014. Saved from deviantart.com

Chris & Kevin talk about everything in the works at Stunt Granny Brewing then move along to the money maker, talking about professional wrestling. They start off by talking about Smackdown Live busting out of it’s month long slump and being a great show. Did Battleground hinder their story telling more than it helped them? Will they have the same problem with No Mercy being a few weeks after Summerslam? How is it that AJ Styles taking on Kevin Owens won’t be a main event next week? Did Chris Jericho‘s return get the ball rolling? Why are they giving away John Cena vs Shinsuke Nakamura on free television? Was it a surprise how resounding of a victory Nakamura got over Money In The Bank winner Baron Corbin? Could the WWE end up with too many multi-man matches for titles at Summerslam? Did the log jam with the women get undone with the focus being on Naomi taking on Natalya with Carmella looming with her MITB briefcase? Chris & Kevin move along to Raw to talk about their still spirited main event scene with Braun Strowman, Samoa Joe and Roman Reigns. Did the independent wrestler who got tossed by Strowman get extra pay? Is it surprising the Bayley is getting her redemption story instead of Sasha Banks? Is it that surprising that Dean Ambrose and Seth Rollins are being thrown together as a tag team? Will they ever need the help of Reigns? How did Jason Jordan do with his first promo and in ring as a singles competitor? What else did the guys talk about? Find out by clicking the link below!