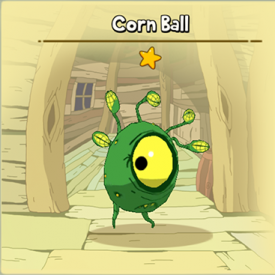 Saved from cardwars/wikia.com. The game is called Card Wars.

Jeremy & Kevin are behind the mics this week and they start off by talking about Jeremy skipping Raw to go see Clutch and Primus. Did he need to see Raw though to know that it was more dynamic than Smackdown Live, which is headed into a pay per view? Even if the biggest news coming out, Jason Jordan being Kurt Angle‘s illegitimate son, had more holes in the story than Swiss cheese, it had more buzz than any of the matches at Battleground. Will this push be Drew Galloway 2.0? Why did Dan Gable do all of the talking for American Alpha if Jordan was to be the break out star? Is the WWE just getting in the way of itself breaking up teams like AA and Enzo Amore & Big Cass? Enzo & Cass were selling merchandise like hot cakes. What happens now with Big Show fighting Enzo’s battle and Cass still struggling on the mic? Can Cass get away with the short promos that Braun Strowman is? Wasn’t the main event of Raw with Roman Reigns and Samoa Joe far more intriguing than the tag match on SDL with AJ Styles & Shinsuke Nakamura taking on Kevin Owens & Baron Corbin? Is a Flag match between cornball John Cena and Rusev supposed to be interesting? Is the Punjabi Prison even close to being as intimidating as Hell In a Cell or The Elimination Chamber? Are the ladies on SDL starting to lag behind those on Raw now? Why is Naomi in her third month of sitting on the side lines? Shouldn’t Carmella be wanting in the match at Battleground to get another crack at the Women’s Championship? Are Bayley and Sasha Banks finally developing better characters for the main roster? What else do Jeremy & Kevin talk about? Find out by clicking the link below!