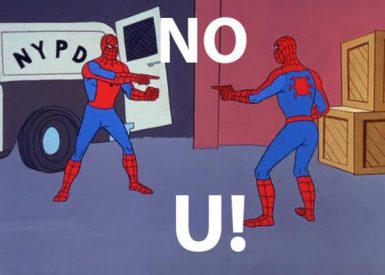 Kevin & Shahid spend the majority of this episode unwrapping the present that was the John Cena vs Roman Reigns feud on Raw. How wrong was it for Cena to be the one to deliver this message? How many poop joke promos did Cena do before becoming good on the mic? Why did Cena bury the Undertaker during the promo? Is there a chance that Taker comes back because of these comments? Will the WWE be able to get the fans on Reigns side if he turns heel? Why did this promo happen without any build up of animosity between Cena & Reigns? Did we mention yet that Cena was the wrong guy to deliver this promo? Would Cena give Braun Strowman or Brock Lesnar a hard time about their mediocre verbal skills? Kevin & Shahid finally move on to talk about the difference NXT can make, just look at Booby Roode vs Mike Kannelis on Smackdown Live. That also gets them to talking about how old the roster is, even the ones that went over Cena like AJ Styles & Kevin Owens. Is the women’s roster any better? How strange is it to have a monster baby face in Nia Jax? Will her backstage love of Alexa Bliss help their feud at all? How badly damaged are Bayley & Sasha? Is Asuka begging to be on SDL because of the poor treatment of women on Raw? The guys then do a quick primer on the Mae Young Classic, which may be another podcast later in the week!