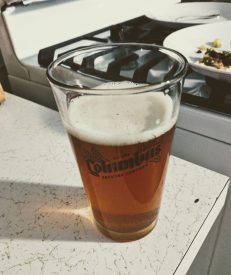 Ken & Kevin have finally carved out some time to record. They start off by talking about the “Bus of the Future” which they covered on OHPA 74. How has the project gone in China? Why did people think this was a good idea in the first place? Just how many investors are pissed off at the creators of this mega-bus? Were Ken & Kevin ready to buy in? They move along to the next crazy idea, that the world is flat. If the Greeks and even previous generations of humans believed the earth was round, why are people going back to this line of thinking? Is there anything you can do to get these people to correct their thinking? How many Youtube views do Flat Earth videos get? Do you think Blackbeard thought the world was flat? Where is the wreckage for his ship Queen Anne’s Revenge? Why did it take so long for them to confirm the remains? How much booty was left on the ship? How many firms excavate under water? They round out the show by talking about a gentleman who found himself locked inside of an ATM in Corpus Christi TX. How did this happen? Doesn’t this teach you to keep your phone on you at all times? Last but not least, Ken & Kevin talk about National IPA Day since they drank a couple of them during the show. What were they? Click on the link to find out!