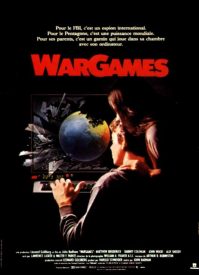 Kevin & Shahid are you to take you all over the place in the world of the WWE. They start off by talking about how the Raw main event scene has been  taken over by one large multi-man match involving The Shield taking on The Miz, The Bar, Braun Strowman and Kane. Didn’t things seem lop sided against the Shield when Braun Strowman sided with the other heels? Kane has good reason to join the heels but is it necessary to show that the Shield is in jeopardy? How comical is it that Jinder Mahal called out Brock Lesnar at Survivor Series? How funny will it be when Mahal finishes Lesnar with a Khallas? Are they really going to leave the championship on Mahal until December when they tour India? Could Nia Jax have picked a worse time for a leave of absence? How quickly will Asuka run through the competition on Raw? Will the WWE ever get a handle on how to use Bayley? If Jax had bad timing, how poor was the timing of Finn Balor‘s injury when he won the Universal Title? How would you explain to a non-wrestling fan what Bray Wyatt is doing? Why did the WWE repackage Erick Rowan and Luke Harper into the Wyatt Family with Hammers? How is the tag team division doing with the Usos having it on Lock? How strange it that the WWE tried to stamp out WCW history but now HHH is bringing it back with War Games? How is the four way women’s match going to be at that event? What else do Kevin & Shahid talk about? Find out by clicking the link below!