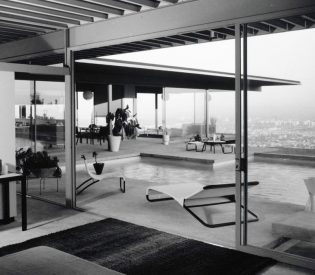 The WWE starts us off with Kurt Angle. What, no video package? Jason Jordan interrupts him when he’s going to announce Roman Reigns opponent. Jordan wants him despite his injury. Reigns comes out. Reigns wants Samoa Joe. Reigns slams him with the “Going to daddy” line. Jordan tries to use John Cena’s lines. They fail. Reigns tells him to step up. They stare down when Samoa Joe finally shows up. He accepts the challenge. Joe tells him to rescind the challenge because he can’t beat him. Jordan answers the question. This character is 100% better for Jordan. He then suplexes Reigns. Angle escorts him out of the ring. Reigns says he’ll take on Joe later tonight but Jordan now.

Reigns and Jordan have their match after the break. Hahaha, Booker T trying to tell us that this is an entirely different Reigns from September is in the running for the craziest line of the night. (Next Day Note: Booker T peaked his crazy meter in this match.) Didn’t take him long to go off the rails since Jordan has been on TV since the start of the show. He’s going to be unhinged for the whole show. Reigns ran into the post. Jordan started working over his arm. Reigns uses his right arm during his comeback. Jordan drop kicks Reigns going for a Superman Punch. Jordan catches Reigns going for another Superman Punch and drives him against the stairs. Jordan slams him into the stairs a second time. Jordan gets a two count. Jordan with a side suplex. Reigns starts working over the injured knee. About time, block head. Jordan reverses an extended single leg crab. Reigns catches him with a Superman Punch. Reigns gets two. Jordan catches Reigns going for a Spear. Double Northern Lights Suplex. Booker can’t handle that this is a good to great match. He’s out of excuses but still making some up. Superman Punch 2. Spear for the win. Booker tries to frame it as a year plus set back for Jordan. Joe comes down and attacks Reigns. Jordan makes the save. Reigns Superman Punches Jordan for his reward. 40 minute opening segment.

Kurt Angle is talking to Stephanie McMahon on the phone. Jordan asks him to be put into the match between Joe & Reigns. Joe comes in and blind sides him.

The Absolution video package finally gets one of five people off of WWE TV. Paige is taking on Sasha Banks. They are accompanied by Sonya Deville & Mandy Rose along with Bayley & Mickie James. Just so I can bold most of the women’s division in the beginning of this paragraph, Alexa Bliss is at the announce desk. Paige took the offense to start the match. Banks starts working over Paige. Sasha pushes Paige through the ropes. We get another match. This Raw could hold the record for least people in the first hour of the show. Paige is in control but not for long. Ouch. Paige doesn’t quite rotate right and Banks lands awkwardly on a power bomb. They trade forearms. Sasha fights out of a Ram-Paige. Sasha locks on the Bank Statement. Paige fights to the ropes and rolls to the outside. The four outside fight. The baby faces get skunked. Banks is distracted. Ram-Paige for the win. Deville & Rose attack Banks.

Elias Samson is going to play a song for Angle. He wants another crack at the IC Title. Samson is pissed about Jordan getting a crack at it. He’s going to have a concert then given an opponent by Angle.

Video packages are helping me catch up.

Enzo Amore slows my mojo down. He hypes up Drew Gulak & Tony Nese since their match is tonight. Noam Dar & Ariya Daivari are chided. Nia Jax smiles at Enzo and asks how he’s doing and winks at him.

Cedric Alexander and Mustafa Ali are the baby faces in this match. Ali hurts his knee. Alexander dives onto the Gulak & Nese. The Zo Train goes to work on Alexander after that though. Alexander gets the first fall. It starts the bevy of finisher sized moves. Gulak is stretching out Alexander. He fights out of it. Ali breaks up an Alexander pin. Nese gets double super kicked. Alexander spinning back elbows Ali. He turns around Alexader and connects with a spinning kick. Flux Capacitor by Alexander for a two. Nese cracks Alexander on the top rope. Nese gets knocked off the top rope. Ali with Spanish Fly for the two count. Gulak broke it up. Nese saves Gulak from Ali. Nese gives Ali a running knee to the face. Lumbar Check on Nese who flops out of the ring. Alexander with a Lumbar Check on Ali. Gulak knocks Alexander out of the ring. Gulak gets the pin on Ali. Charley wants to know whether Gulak is excited about possibly taking on Enzo. He answers with a Power Point Presentation that doesn’t happen. (Next Day Note: That sums up the cruiser weight division well. Have a chance to flesh out a character and they don’t. At least the WWE is giving us a baby face vs ‘Zo Train member match next week.)

Elias Samson’s concert gets interrupted by Braun Strowman. Samson breaks his guitar over Strowman’s back. Samson tries to run but gets leveled by a clothes line. Strowman power slams Samson. Strowman tosses the stairs around like no one else. Kane‘s music hits. Kane is going to delight in their match next week.

Seth Rollins & Dean Ambrose meet up with Roman Reigns so that we can all pretend the Shield is still together. I suppose they also hyped their match later tonight.

Asuka is taking on Alicia Fox. Alicia got in enough offense for it to not formally be a squash but it was damn close to that line. Arm Bar for the win. Absolution comes out. Asuka shakes her head and again walks away. Paige says that she loves Foxy. Deville & Rose don’t agree with her though. They attack Fox while Paige sits back.

Finn Balor gets the pleasure of taking on Bo Dallas who is accompanied by the neck braced Curtis Axel. He ends up distracting Balor. Booker T hasn’t been unhinged. He notes that a win over Balor would be the great of Dallas’s career. He isn’t wrong. Graves & Cole have to sell us on Dallas’s credibility. It isn’t working here. They didn’t have to do it for long. Coup De Grace in a timely manner.

Bray Wyatt gets to “trade” promos with Matt Hardy. I’m finally laughing at a Wyatt promo. It was mocking Wyatt’s ridiculousness which made it so funny. The crowd is eating this up.

Seth Rollins & Dean Ambrose are ready for their match with Sheamus & Cesaro who didn’t even get a garbage promo. Booker T gets back off the rails “You lose it after you get married” referring to Ambrose. Michael Cole fires back that Booker won his first championship after Sharmell was added to his act. Burn. Rollins is the second to take a beating. Ambrose gets knocked off the apron by Cesaro. Super Upper Cut only gets two. Sheamus works him over more. Rollins super kicks Sheamus out of the ring. Ambrose gets back to the apron. Ambrose tags in. His hotness ends at the hands of an uppercut as he goes for a suicide dive. Ambrose counters the Swing. Sheamus knees Ambrose as he’s hung on the middle ropes. Cesaro only gets a two count. Rollins gets his hot tag. Superplex & Falcon Arrow gets two because Cesaro made the save. Rollins stops one Neutralizer. Then a second. Rainmaker Knee that is broken up buy Sheamus. He gets The Bar DQed. Kurt Angle comes out but my DVR stops. Boo. (Next Day Note: I expected the re-match at the next PPV but I’m not completely surprised they re-started the match. I didn’t see Samoa Joe interfering in the match but again, not surprising considering the story line. I guess we’ll get another match out of the Shield as a unit.) – Kevin DiFrango