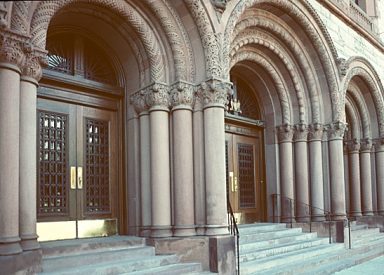 The WWE starts us off with Kurt Angle. He is excited to preside over the signing of the Ronda Rousey vs Nia Jax. Stephanie McMahon comes out before he can get too pumped. She is going to preside over the contract signing instead of Kurt. Roman Reigns gets to interrupt Stephanie from being too smarmy. After they but heads about tone, he gets back to Brock Lesnar. Reigns wants him again. Stephanie says he lost his contender’s match so take the problem up with Jinder Mahal. Kevin Owens answers the call though. Him winning Money In The Bank would be “Best for business.” Owens admits to liking Reigns. He tries to get a “Thank you Roman” chant going. Owens then lays it on thick on Stephanie. He gets too comfortable and leans on her. She books Reigns vs Owens next!

Reigns is working over Owens. It’s cracking me up how much Owens is playing a baby face role in the match. He’s getting whooped and getting in hope spots. The crowd is buying it too. OWens gets his hope spot then Reigns catches him with a Superman Punch. Owens ducks outside. Reigns spears Owens outside. Jinder Mahal comes out and causes a DQ. Seth Rollins comes out and makes the save. Such a weird match lay out now with the DQ happening. It went for a while too.

We transition into a tag team match now involving the later two wrestlers. Maybe Reigns did that so he could return the favor in this tag match. Smart move. Save the hot tag for the popular Rollins. Sometimes it makes sense in a larger context. They get the reaction they’re looking for in this instance too. The Stomp on Owens for the win. Mahal ends up attacking them with a chair when Reigns & Rollins get to the stage. His attack is mainly one Reigns though.

Sami Zayn is his usual smarmy self and introduces the “Lashley sisters” who are all men in drag. It’s ridiculously bad of course so I won’t type anything about it. Bobby Lashley finally comes out.  He isn’t putting up with the nonsense and attacks Zayn. The “Sisters” attack. Lashley whooping three of his sisters doesn’t help him much either.

Alexa Bliss claims that Ember Moon had surprise on her side last time that they wrestled. She talks about through the Romans & Visigoths. She failed to mention the political upheaval in Rome at the time too. Weird history lesson to be giving. Mickie James plays a role in Bliss getting the advantage in the match. Bliss starts working over the shoulder. Moon clocks her with a big right. Moon then uses her legs for attacking. James gets caught trying to use her shoe. She tosses it and has a temper tantrum well. Bliss tries to take advantage but doesn’t. Eclipse for the win.

Stephanie is smelling the roses when Finn Balor & Braun Strowman show up. She doesn’t want to give them a rematch with Drew McIntyre & Dolph Ziggler, because McIntyre needs “Corporate” support again, right? They get a match against each other.

Baron Corbin vs No Way Jose is the match that no one asked for. Jose tosses Corbin into the post to kick off his offensive run. It ends with a swinging flap jack for a two count. Deep Six by Corbin to gain the upper hand. End of Days for the win.

Kurt Angle is found by Chad Gable, who is greeting no love on this brand either. Dolph Ziggler & Drew McIntyre interrupt them. It leads to a match between some combination of the three.

We get The B Team vs Breezango in a battle of “B” teams. Super Neck Breaker for the win. They celebrate like a bunch of idiots. They even come up to the announce booth adn celebrate. This is pretty funny.

Stephanie is in the ring for the contract signing between Nia Jax & Ronda Rousey. Stephanie plays devil’s advocate for both of them. Jax ends up snapping and saying she is doing it to make a name for herself. Rousey still offers a hand shake. Ronda tells her that she’s still going to take her title…and arm. Stare down.

Chad Gable has the match against Dolph Ziggler. Gable gets the early offense. Ziggler doing a good job of using more pro wrestling moves. Super Kick by Ziggler for the win. Weird match. I would have expected more time for it. McIntyre with the Claymore after the match. So is Jason Jordan coming back and teaming with Gable?

Dana Brooke vs Natalya vs Sarah Logan vs Liv Morgan are in a match to qualify for the women’s Money In The Bank match. No one is getting sustained offense. Morgan & Logan actually eschew fighting each other to keep beating on Natalya. Brooke drags Morgan outside the ring. They cancel each other out. Natalya goes for a Sharpshooter but leaves to hit an incoming Ruby Riott. Logan greets Nattie with Shotgun Knees. Brooke breaks up the pin. Logan tosses her into a post. Sharpshooter for the tap out win. Natalya is one of the few veterans I can see tking to the MITB briefcase well.

Everybody wants to Walk With Elias until her starts insulting their city. Being able to name drop famous cities in Europe helps to rub in the city insult. Bobby Roode comes out. As he’s doing his usual thing in the ring, Elias attacks. Roode ends up getting the upper hand ealy in the match though. Elias is working over Roode after the break though. Roode back elbows Elias to start coming back. Elias counters a Glorious DDT. Roode with a neck breaker. Drift Away for the win.

Braun Strowman plows over Elias on his way to the ring. Finn Balor is rightfully getting tossed around like a rag doll. The trash talking by Braun is weird since it is definitely heelish in tone, mocking Balor. Strowman goes for his outside shoulder tackles when Balor ambushes him with a Sling Blade. Balor keeps the pressure on with a drop kick over the barricade. A pair of Coup De Grace have Strowman laying on the outside for a possible count out. Strowman misses a corner charge badly. Balor with a drop kick to Strowman’s head. Balor goes for the Coup De Grace when Strowman recovers. Power slam. Running Power Slam for the win. Balor proving he could have this same style of match with Lesnar.  – Kevin DiFrango