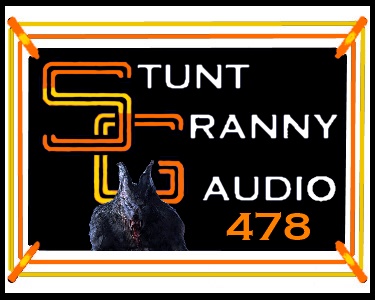 Chris & Kevin are back with an extra episode of the Stunt Granny Audio because of the amount of wrestling to be covered just in the WWE. They start by talking about Nikki Cross, Tomasso Ciampa and Velveteen Dream. How well run has the “Who done it?” been about the attack on Aleister Black? Does the number of possible suspects help keep the disbelief alive? Will the reveal be better than that for Rikishi when he hit Steve Austin? Will Matt Riddle be making his debut soon? Will Kassius Ohno be anything other than an NXT gate keeper? How much potential does Keith Lee have? How good was the main event with Ricochet, Pete Dunne and Adam Cole? They move along to talk about the second half of the second round. Was it surprising that Io Shirai was in the first match of the night? Is it surprising that Deonna Purrazzo wasn’t signed earlier? We will tell you that there’s a spoiler about Tegan Nox in the show. How well did Kaitlyn wrestle in her return to the WWE? Does she rank above any of the new talent? Could she come back for future events similar to Evolution? What else do the guys talk about? Click the link below.