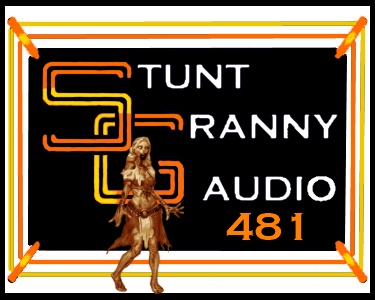 Kevin DiFrango & Missie Bird talk all about WWE’s Evolution. They start at the better than imagined Battle Royal. Just how annoying are The IIconics? Was it any surprise that Nia Jax was the winner? Does Ember Moon need more time developing her on air character before taking on Ronda Rousey? Did Zelina Vega get the worse end of being a human lawn dart? Or did Tamina who had to catch her? They step back to talk about Trish Stratus & Lita taking on Alicia Fox & Mickie James. What happened to keep Alexa Bliss out of the proceedings? Missie had not seen any of the Mae Young Classic so what did she think of Toni Storm taking on Io Shirai? Will she go back to watch the tournament after the quality of this match? How long can they talk about Sasha Banks, Bayley, Natalya, Ruby Riott, Liv Morgan and Sarah Logan without really liking their match? Would they say that Kairi Sane if fully committed to what could be called a completely bonkers gimmick? How will Shayna Bazler‘s bully and now cheating heel interact with baby face friend Rousey? Kevin & Missie gush about both Becky Lynch and Charlotte about their Last Woman Standing. How does the WWE keep Lynch’s badass-ness going? What do they do with Charlotte now? Are Asuka & Naomi the most likely opponents for Lynch? How are both of them still impressed by the progress of Ronda Rousey has made in the WWE? Will anyone forget the role well played by Nikki & Brie Bella? How did they end up rating the show over all? Find out by clicking the link below.