You are here: Home › Jeremy's Blog › It’s Not A Disaster As Originally Thought 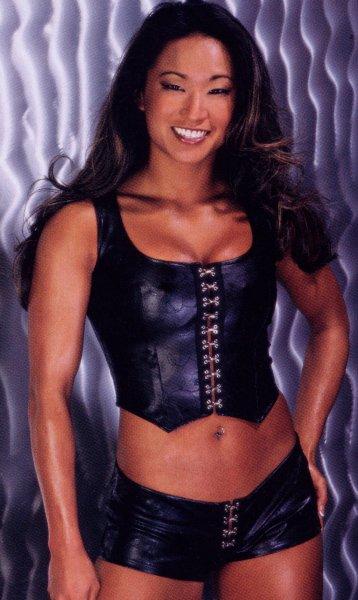 So let’s all allow this to sink in and realize that TNA has let Gail Kim go to WWE. Kim is seemingly doing what she should — protecting her best interests — and no one can blame her, nor should they.

Now the first response to this is that TNA is losing yet another talent. On top of that, they are losing a top talent to WWE. None of this can be disputed. Gail was a very memorable part of TNA and is responsible for the success of the Knockouts Division.

At the same time, Gail peaked on TNA. She really had nothing left to do there so the timing of her moving on is just right. She will not overstay her welcome and fade in to the scenery that so many other hot wrestlers have in TNA.

Unless TNA was going to go forth and have a spin-off women’s program, Gail was eventually going to be in a rut. She could have turned heel obviously, but it wouldn’t have accomplished anything. She had already played that role upon her debut and only after she broke out and started wrestling again did she prove her worth.

The rumors and insider info all points to Gail and TNA coming to an impasse in her contract negotiations. It’s good to see a female wrestler stand up and not take a lowball agreement. In a male-dominated business, the idea that she would make a sacrifice of financial stability over a lighter schedule is both empowering and depressing. The idea that Gail was not satisfied with TNA’s offers or the fact that WWE offered so much more and she had viable options is encouraging. Instead of taking what she was offered and having no leverage is an important point historically.

Gail’s departure also does not leave as much of a void for TNA. Sure she was a stalwart but TNA has so many viable women wrestlers that her space will be filled by someone else. TNA’s Knockouts roster is full of talented women with distinct personalities. Even with limited television time nearly every one of them has one definable trait that someone can get behind or despise.

Angelina Love is a diverse enough talent that after this current run as one of “The Beautiful People.” She can very easily turn face and fit the sexy relatable woman like Gail Kim. TNA is also sitting on Cheerleader Melissa, who can also fit the same mold. But at the same time she wouldn’t need to. There is a uniqueness to her that will play to a national audience. ODB has found her niche but there is a definite mean streak that can be explored. I could go through the entire Knockouts roster but you get the point.

As much as Gail will be missed, she is not leaving an unfillable void. Sure, her loss will sting at first, but it will be much less painful as it appears.

As far as Gail is concerned, WWE is going to be a decent fit for her but it will be rough in the early going. The logical spot for her is Smackdown since they have a thin roster of credible female wrestlers. Unfortunately it is also the home of Michelle McCool, so she will instantly be behind her in the pecking order despite the clear discrepancy in talent between the two.

Gail can be brought in as a face or heel as well but the logical point would be as a face. They already have Victoria and Natalya while the face side has McCool and, um, Maria, I guess. Regardless, with her talent, Gail will not meander long in WWE. They would not have gone after her and offered her a decent contract if they were planning on putting her on the sideline.

She also will not follow in the path of her former partners path, Chris Harris. Gail has a unique look to her that will instantly differentiate herself from every other WWE diva. She has clearly learned enough about this business to pull some weight and get what she feels is financially responsible and coupled it with a greater exposure.

Usually when a wrestler jumps ship it is with mixed feelings by fans. In this case it feels like this is the one time that it is a win-win situation for everyone involved. Gail got what she wanted, WWE got another diverse women’s wrestler, and TNA can now elevate somebody else and create a marketable wrestler to take her place. Funny, it doesn’t seem like anyone came out on the wrong end of this deal.

Jeremy Maes can be reached at jeremy@stuntgranny.com