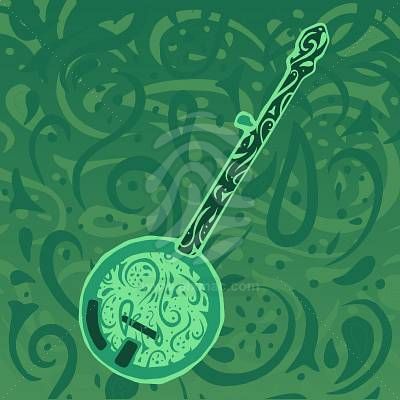 Mickie can play my banjo anytime.

Go to the post below this one and click on the Audio for this week. That was one reason I didn’t want to do this blog. Here’s my compromise. (Next day – Whoops, I hit Save Draft instead of Publish last night.)

I wasn’t going to do this but the Mickie James performance forced me onto my computer. I had read the spoilers that she didn’t play with her band and they used back ups. What a terrible decision. Wait for the next taping, it looked horrendous. You could tell the band was faking it. Awfulness. I understand you wanted to further the James against Tara storyline, but do anything else if her band isn’t there. It was so bush league.

Morgan gives the pep talk to referee. I think the WWE goes in the opposite direction by ignoring the refs too much. TNA uses them way too much.

Ric Flair is pissed at being held hostage earlier in the night (I don’t think I’m going to go back to review it. Deal with it bitches.) Doug Williams gets his time in the sun. I do like that TNA has paired down Immortal and Fortune. Williams is still weird as a face though. Nice little live promo before he goes to the ring.  Kazarian shortened his name, Williams made it longer. Not sure why I thought of that. Solid match so far between the two which doesn’t surprise me.  Kazarian is getting his chance on offense. Williams rolling chaos theory suplex is awesome. Kazarian is a bitch. Mickie is looking for Tara. I wish Mickie’s ward robe malfunction showed off more earlier in the show. They fought after Mickie’s performance.

Fortune attacks Williams and Morgan. Agents break it up. They run through the Final Resolution card. Devon interrupts the preview. I’m writing these sentences together because TNA changes too often so my writing is reflecting their scatter brained, flashy stuff (at least they think so) programming they provide. How about they not have a feud? It’s going to happen but I’ll still complain. Devon is doing a solid promo. Bubba stirred up the pot. The crowd is actually choosing sides which is a surprise. See TNA, good guy versus bad guy works. Stop trying to reinvent the wheel. Or making all of your characters “gray”.  Bubba, you’re both Marty Jannetty. Bubba the cowardly heel bails.

I don’t understand why Joe and Pope are fighting. Doesn’t make any sense. Joe’s trying to be a hard ass but they’ve made him look like a fool too much. Sarita, Angelina Love and Madison Rayne have a three way. We can wish, right? Mickie and Tara fight to no one’s surprise. Rayne does the smart thing and barely smacks Sarita with the Title belt while Hebner is distracted. Hebner gets distracted again and Sarita gets the sneaky pin. Flair on the Hervey cam. Who’s he talking to? We’ll find out next!

Angelina is mad at herself. Katie Lea joins her and gives her confidence. Angelina, she’s a creepy bitch, get out of there! Flair picks Rhino. Thanks for the jobber match at the top of the hour. Rhino is going to get too much offense. Tenay & Taz inform us that AJ Styles will fight Douglas Williams at Final Resolution. Dummies. Save this match for later, build it up. It’s been all about Kazarian and Williams on TV. Rhino is getting too much offense. Fortune beats up Morgan. Why would Rhino go after RVD? Shouldn’t he hide behind his friends? Hardy’s song sucks. I do dig his new shirt. The paint job looks better when it’s a paint job. Mr. Anderson makes the save. And they tease his promo. Seems like a weird time to break to me even if I do understand and believe in teasers.

Anderson is not cutting a good promo. I do like the idea of him being the referee. Get another name on the PPV, get him going when he comes back soon. Good idea, still a bad promo. Mickie and Tara are fighting again. It’s yawn inducing. It’s happened too much this whole month. Oh my gawd, she won the “battle” by back dropping her into a bed full of bouncy stuff? Fucking hell that was terrible.

A Fist Pump Showdown? Why am I watching? Time to drink. Why didn’t Lethal get mic time? OK, he gets it after Robbie’s fist pump routine. Lethal making a decent case for “his” New Jersey. Lethal did just enough to lull me ino thinking he’d pull out some break dance type fist pump routine. Crowd is saying Robbie sucks, so I guess he’s doing something.

Jarrett and Abyss cut awful promos together. Thanks TNA. Another preview for Final Resolution. They are doing a good job of promoting their PPV tonight. Abyss has a casket match tag team match. Jarrett joins him. Joe and Pope have no reason to fight, Joe is making something out of nothing. Just make them good guys. Gray sucks. I’m staying up way too late to do this. Good thing I taped ReACTION. Joe cleans house on Abyss. Another ref bump. Joe sucks for going after the ref. Angle makes is point quickly on Abyss. Jeff Hardy cuts a fun promo. I dig what they’re doing with him. Good stuff again. Night. – Kevin