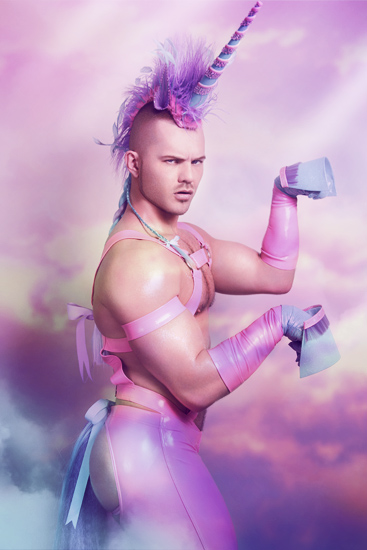 1. Derrick Bateman – Wow, did he have an awful commercial on Raw. The reason I mention him is because he started out in Pro Wrestling Ohio under the name Michael Hutter. I’m whoring out the PWO, go figure. – Kevin

2. Eric Bischoff – Mr. Bischoff redlined a column by our former boss Wade Keller at the PW Torch. He gave Keller an undressing that made no sense what so ever. Bischoff claimed that they misreported that “TNA is considering scrapping the X Division.” After giving Keller a number of definitions, Bischoff seemed not to realize that the word “consider” doesn’t mean “will definitely scrap.” Well, Bischoff must have allegedly stopped drinking because he’s had the good sense to take the berating down. Check the url – HERE – which now is unavailable. I’m even more entertained by Bischoff’s idiocy. – Kevin

3. Kimbo Slice – Could the former MMA star be the key to creating buzz for WrestleMania? Absolutely. If this were 2009. Hey, maybe that homeless guy with the golden voice can do ring announcing for the main event of WrestleMania 31! – Eric

4. The Core – First it was Nexus and now it is The Core. Wade Barrett and friends team up again on Smackdown and the marketing genius give them that as a name. The fact they broke up Nexus in to smaller units is good but naming them after a shitty Hilary Swank vehicle is ridiculous. I have a name for a new group that I think is way more marketable; how about shittymcfagcunt? – Jeremy

5. Chris Jericho – He was interviewed by Pro Wrestling Illustrated, and his answers to general questions about the wrestling industry as well as specifics about his career, life, books and side projects show that he’s the smartest and most level-headed man associated with wrestling today. If he never wrestles another day in his life, he’ll still go down as one of the greats. – Eric

6. Dave Batista – The guy hasn’t been around for months and has generally been out of the spotlight as well but yet his name keeps coming up as a possible entrant in the Royal Rumble. Jim Ross went so far as to kind of sort of deny it on his blog so take that for what it is worth. Of course Big Dave is pretending to start a MMA career with Strikeforce but we all know how that will turn out. What’s Bobby Lashley up to these days? – Jeremy

7. Randy Savage – The old man is slowly getting back in good with WWE. First he appears a few months back to announce that he is finally getting an action figure worthy of his stature. Now he is featured in a commercial for the upcoming WWE All-Stars video game. Being he was my most prized Hall Of Fame inductee for Atlanta this a good start. But then they have Shawn Michaels as the headliner which effectively killed that idea. Still, seeing Randy Savage in any sort of WWE capacity is good news. Oh, and the old bastard can still talk. – Jeremy

8. Dirty Laundry – That was the title of this week’s episode of iMPACT! Unsurprisingly, it didn’t deliver since Kurt didn’t air any dirty laundry about Karen and Karen didn’t get to say anything before Kurt attacked Jeff Jarrett. Good thing this episode was so boring I got to make my dirty laundry clean. – Kevin

The new sponsor for TNA. Out of all the snacks in the world, Tom’s Snacks are certainly among them. I think this is the beginning of a beautiful relationship. – Dusty

11. I can’t even count to 40 – I had to do something wrestling related this week for the 11 spot since I only got three. I know Eric loves the guy, but Jim Ross recently wrote, in all his resplendid wisdom and glory, “Bitching, moaning & complaining re: 40 man RRumble match underway. When has there EVER been more than appx 10 potential, viable winners?” That is an asininely stupid argument, because that’s *exactly* the reason why adding 10 more non-viable winners is a horrible decision.

Remember the 1992 Royal Rumble? (You should, we just did an audio about it!) Remember how almost everyone in that Rumble could claim some type of legitimacy towards winning the thing? Like even Greg Valentine, you could say, Hey, he’s a former Intercontinental Champion, he’s legit as hell. But then remember Skinner, and how when he got eliminated, Gorilla was all, “Well there’s one longshot we won’t have to worry about”? Well, now WWE is adding 10 more Skinners to the Rumble and expecting us to be excited about it. Smells like fresh fail to me. – Dusty