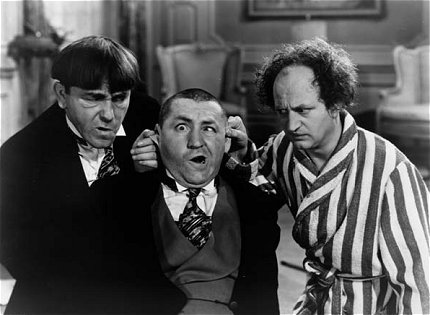 Joe Dombrowski opened the show by saying that three titles will be defended this hour with the main event being “The Megastar” Marion Fontaine taking on Jason Bane for the PWO Title. Jason Gory will defend the PWO TV Title against Gregory Iron and the Sons of Michigan (“Amazing” N8 Mattson & Benjamin Boone) against Ben Fruith & Corey Winters which starts off the show. Pedro De Lucca did formal introductions with everyone in the ring. The action was slow so Dombrowski & Maguire filled the air. Maguire kept harping on Fruith & Winters getting a title shot only because they were neighbors. Winters kept a headlock on Mattson for quite a while. Mattson got the upper hand then tagged in Boone. He kept the action slow with a reverse chin lock. Winters backed Boone into a corner with forearms. Winters drop kicked Boone into another corner. Fruith tagged in and tried to double team Boone. Fruith got planted by a Ron Simmons like spine buster. Boone and Mattson worked over Fruith while tagging in and out. Boone had Fruith in a Boston Crab but Winters broke it up before a tap. Fruith went for hat appeared to be a German Suplex. Mattson had a suplex blocked which turned into a Fruith Roll up. After the two count, Fruith hot tagged Winters. He gave Mattson a Cutter then rolled out of the way so that Boone splashed Mattson. Fruith missed a top rope drop kick. Boone speared Winters out of the ring. Mattson hit the M80 (Swinging Neck Breaker into a pin fall) for the victory.

Analysis: They did a good job of hiding what should have been a squash match by having the Sons of Michigan commit a couple of errors to keep Fruith & Winters in the match. Aside from Fruith butchering a German Suplex (at least that’s what I think he was going for) it was a well wrestled match. Score: +1.

Aeroform (Flip Kendrick & Louis Lynden) were standing by. They said that they were excited to get their hands on the Sons of Michigan. Lynden admitted they made a mistake at Wrestlelution but they will not make that mistake again. Lynden said that the Sons give the state of Michigan & the titles a bad name. Kendrick finished it by saying “They’re going to flip the world, son.” Analysis: He delivered that with more conviction than normal. I just wish he hadn’t looked back to his tag team partner. The starter & closer form of their promos continues to work well. Score: +1.

Joe Dombrowski did the low voice to talk about Hobo Joe’s injuries that will keep him out indefinitely. Jason Gory came out first. (The champs came out first in the first match too.) Gory came out without the belt because the Dead Wrestling Society is keeping it hostage. Gregory Iron came out to what sounds like new music. Gory grabbed Iron  by the neck and said he’d kill him. Iron punched him and knocked him to the outside. Iron tossed Gory into the guard rail and continued pounding on him. Gory head butted Iron in the stomach followed by a jaw jacker and a boot to the head. Gory assaulting Iron in a corner. Gory pulled back a finger on his right hand that is useless because of his cerebral palsy. Gory went back to it. Gory got in a Miz clothesline in the corner. Iron shoulder blocked Gory in the corner. Iron got caught charging into the corner. Gory splashed Iron while he was on the middle rope. Gory with a sling shot double stomp but it only got him a two count. A mid ring collision allowed Iron to recover. Iron got in a pair of clotheslines then a neck breaker. Dombrowski did say that the Dead Wrestling Society is banned from ring side. Iron dropped a knee and senton. Gory gave Iron a Code Breaker from the second rope. Gory tried to use a chain which distracted the referee. Gory blew mist in Iron’s eyes. Gory hit Trepidation (Spinning piledriver) for the victory.

Analysis: Classic cheat so that Iron doesn’t get revenge right away. I like it. Well wrestled match. Score: +1.

Sex Appeal was arguing in the back. They all blamed each other for losing at Wrestlelution. Shields said they need to reset and get back to being Sex Appeal. Valentino suggested fanny packs so that they can hide weapons to win matches. Beverly said that they needed to get serious. Beverly said we needed to “Trust the thrust”. Shields finished by posing and saying he’d give us the sex appeal. Analysis: Shields got screwed in that exchange in my eyes even though he got to close out the promo. Beverly delivered. Valentino is still the comedy act of the group. Score: +1.

Vic Travagliante interviewed Brian Bender. Vic asked what he passed on to Bryan Castle. Bender said he sees himself from ten years ago in Castle. Bender said that he blew out his ACL then had his father die in a tragic accident. Bender talked about how he ate to make himself feel better and ballooned up to 325 pounds. Vic asked what made him change. Bender said that he feel in love with wrestling and lost weight training. Bender said people need to commit to losing weight. Analysis: Considering that Bender took Castle, a heavy man under his wing, makes more sense now after seeing pictures of him over weight. It was a little preachy but didn’t feel as heavy handed as what TNA has done with Jeff Hardy (DRUGS!) or Ken Anderson (concussion). Castle needs to lose weight at this point a la Biggest Loser or he can go heel and keep the weight. We shall see. Score: 0.

“M Dogg 20” Matt Cross came to ringside before the match. Cross started arguing with Maguire who offered to get him on NXT (Hilarious). Cross knocked him out, drug him away and joined Dombrowski. Marion Fontaine came to the ring first. Jason Bane came out next while Cross talked about Fontaine’s mind games and the respect he has for Bane. Fontaine rolled to the outside before a tie up. Dombrowski kept noting the lack of authority in PWO. (Sounds to me like the dreaded GM will be made soon.) Bane slammed Fontaine but the pace was slow. Bane gave Fontaine a big boot. A fall away slam by Bane led to more methodical offense. Bane gave Fontaine a nice looking chicken wing suplex. Fontaine turned it around with three kicks. Fontaine started working over Bane’s right arm. Fontaine wrapped the arm around the ropes as they cut to commercial.

Fontaine was twisting Bane’s arm coming back from commercial. Bane used his left arm to attack. Fontaine gave Bane a pair of super kicks. It only got him a two count. Fontaine went to the top rope and got him with a head butt but hurt himself. Bane battled back with his left arm. Bane gave him a nice belly to belly overhead suplex. Bane called for the Baneline. Fontaine ducked and hit the referee. Fontaine knocked Bane into the post. Bane asked Cross if he was talking trash. Bane pushed Cross so he attacked. Cross and Bane were separated but everyone held on so long that Fontaine got the count out victory.

Analysis: I hate this move any time this finish happens. Bane could clearly see and hear the referee counting. The wrestlers who were holding back Bane should have told him what was happening. Hell, the referee that was helping hold him back should have said something to him. It just makes the baby face look as dumb as possible. I should forgive it since it’s wrestling 101 so that the undeserving heel gets another chance while the deserving baby face in Cross has to wait in line longer. The baby face versus baby face feud with Bane and Cross doesn’t exactly excite me either. Score: 0.

Final Score: 4/6. Final Analysis: I’m not a big fan of packing all three of your title defenses onto one episode. Any of these matches could easily have been main events for any week. Another reason I disliked it was because it left very little time for other development early in this new season. Only having three promos that were short is an example. On the upside of that problem, they always budget an appropriate amount of time for matches of this level. The Ben Fruith & Corey Winter pairing helps to beef up a tag team division. I do agree with Joe Dombrowski that Corey Winters has been underutilized so far in his PWO career. They did give the Sons of Michigan a come back win. Because of the bad blood already built up between Gregory Iron and the Dead Wrestling Society, it is easy to see why this match could have been used as a main event. I’m not sure I can say more about the main event. -Kevin