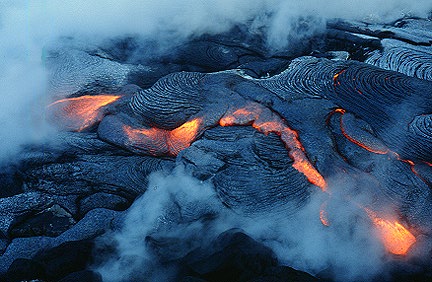 The Rock is going to explode tonight.

No big surprise that we got a nice recap of John Cena running down the Rock. We get a recap of CM Punk vs  Daniel Bryan. Scott Armstrong still looks like the dumbest referee ever. Chris Jericho comes out after Punk hit the ring. Jericho claims that he never needed to say he was the best in the world. Jericho feeding right into Punk’s wheel house because he honed his craft before getting to the WWE. Glad Punk interrupted. Jericho was droning. Punk is destroying him. Jericho with a nice punch back by saying Punk has never faced anyone like him. The only guy I’d put in that category is John Cena. Dozens of Wrestlemania matches? I don’t think he’s been around for twelve. Might have to look that up later. Punk doing a good job here calling Jericho jealous. Punk stealing Cena’s line about wrestling loyalty.Jericho only came back to embarrass Punk. Too bad jobber to the stars is taking the L at Wrestlemania. Punk stumbling has been his only problem. Jericho stepped up but still was weaker. Daniel Bryan came down with AJ, Johnny Wooden GM & David Otunga. Bryan attacks Punk who was jawing from Johnny. Evidently Teddy wasn’t big enough to get an entrance.

Punk is on offense after the break. The bickering GMs get more TV time than the wrestlers. Jerry Lawler as usual can’t counter Mitchell Cool. I need beer. Bryan takes over after AJ blocks a suicide dive attempt. Another commercial. Ugh. Why is Punk hurt after the top rope elbow? Otunga & Santino cancel each other out. Somehow super Johnny Wooden GM disqualifies Punk for Sheamus throwing Bryan back into the ring. The crowd is going bananas for Teddy. Jericho ambushes Punk as the GMs bicker in the ring. Jericho slams him and slaps on the Walls of Jericho. That segment turned into a clusterfuck.

Really? More replay. I suppose this is what happens when participants in a Wrestlemania match wrestle about as often as the Rock. And commercial again. Those last three words were the only ones I typed before hitting the update button. That’s sad. I should be typing.

Kelly Kelly and Nikki Bella get a cold opening. KK thwarts Twin Magic. Another victory for the Diva’s Division. At least Trish Stratus is doing something in a chat room. Do they normally take this many commercials? Did the opening go that much too long?

John Cena hits the ring for what I hope isn’t a squash match. The Miz has a promo first. Fears are being alleviated. The Miz is Wrestlemania. I don’t mind over selling yourself but that’s a big one. By the way, is anyone surprised they’re saving his appearance for the main event? I didn’t think so. The Miz taking control of the match. Fears are being further dismissed. Of course they ignite as a Five Knuckle Shuffle and an Attitude Adjust seconds later. Oh, it really gets rubbed in with an STF. Ouch. Isn’t that what he did to Miz the first time he tried to climb the ladder. The Rock is warming up in the back. So Rock gets to do some cheesy camera tricks. That was stupid for a variety of reasons.

Wow, they busted out a graphic for the Tag Team Championships. For some reason, it’s a three team deal with triple threat rules. Weird. R Truth & Kofi Kingston are first, Vickie Guerrero introduces Dolph Ziggler & Jack Swagger and Rosa Mendes comes out with Epico & Primo. No big surprise the guys are starting to cheer Rosa. Why not just have this match at Wrestlemania? It seems like they’re stuck together anyway. How else can six guys have a feud in four weeks time? Commercial.

Kofi is the first person to get me to look away from Twitter. What a dumb double Boom drop. Primo with a brilliant move. He backstabs Swagger after he just was kicked by Kofi, knocks Kofi out of the ring then lets Epico pin Swagger. Kane comes down and attacks all of them. Is that going to lead to something more? Johnny Wooden GM is talking to David Otunga. Teddy Long comes in to insult him. The fans are behind Teddy so of curse we’re getting Johnny Wooden GM. Ugh. I know it’s happening. Of course the Rock is live tonight, you showed him in the back already. That’s one of the reasons you don’t show him in a useless segment after a dominant Cena win.

We get to revisit the Eve and Zack Ryder angle. She’s getting more hype than she deserves. I’m glad Zack is getting some spot light though. I hope. Eve gets some mic time. Zack please save us. The crowd is chanting “Hoeski” so I guess this is a win for her. Men grovel for her attention. Shouldn’t you have hooked a big fish by now? Mitchell Cool defends her. KK talks to her back stage. Eve’s a totally different person. Eve laughs at her. For some reason, Alicia Fox comes into the shoot for some reason. The Edge & Jamie Kennedy flick looks terrible. #CaptainNoShit

More talk about Teddy & Johnny. More rumors than the NHL had trades today. Big Show & Sheamus are taking on Cody Rhodes & Mark Henry. What is Henry going to do for Wrestlemania? Cody rubs in Big Show’s failure at WM more. Show unloads on Henry as he’s stepping thru the ropes. Poor Henry eats a Brogue Kick. Wow, his hard work is going down the tubes much like the Miz. It looks like I’ll have to write an article around 10 AM tomorrow morning.

They sure are pushing in some chips for this Wrestlemania  with another Shawn Michaels appearance. The Rock finally arrives. The earlier showing didn’t hurt his pop. It was still a dumb idea. The Rock doesn’t want anyone to take “I’m back” literally. Um, dude, you could show up or send in a video package slightly more often than you do. Cena is a Kung Pao bitch. Is he trying to give a worse promo than Cena normally does? Ugh, crowd, don’t encourage this garbage. Rock names a bunch of past superstars who weren’t fought for. The Rock fights for the crowd. I have no idea what Rock is doing. He’s got no point. This could be one of his worst promos ever. He’s too enamored with making the crowd chant stuff. John Cena comes out. I can’t believe he might save a Rock promo. Never in a lifetime. Cena was a Rock fan until he got to meet Dwayne Johnson. He is too self centered and wouldnt care if the WWE closed its doors. Cena did just save that segment. Rock still gets to Smell What He’s Cooking. -Kevin