You are here: Home › Kevin's Blog › WWE News › Alex Shelley Signs With The WWE. Is Something More In Store? 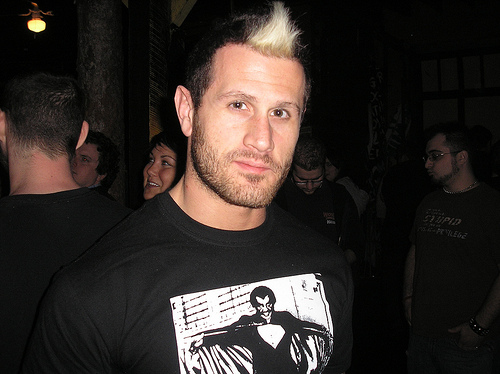 Over the weekend, Prowrestling.net reported that Alex Shelley was signed by WWE. They thought this would open the door for the WWE to sign other TNA talent such as Matt Morgan who has burned through his dates in TNA and is currently sitting out. That part could be true but there may be something else afoot.

According to my sources though, the WWE is preparing itself to start a cruiser weight program when or if the WWE Network ever gets off the ground. It would explain the alleged signing of Johnny Gargano back in July. The only problem with this theory is that the WWE still doesn’t have a cable carrier for it or a launch date since they pushed it back on April 1st. In fact a WWE Network hasn’t been mentioned at all.

The same sources named another possible addition to the cruiser weight roster and one who is familiar to WWE Tough Enough, Matt Cross. He’d have a built in story line to start off the programming. The WWE could further cherry pick from PRIME Wrestling and nab Bobby Beverly, Bobby Shields and Louis Lyndon. Those three would need some work but the WWE doesn’t have enough talent for that type of division.

In house, they could move Cody Rhodes to a cruiser weights because they’re lost on what to do with him right now. He could even drag along his current feud, Sin Cara. Please, we’re begging you to get him, his mood lighting and his slightly less botch-tacular move set off of our televisions. His former body double, Hunico, could use more TV time too. Just to single out all of the Latino wrestlers all at one time like any good WWE writer, Epico & Primo along with the lovely Rosa Mendes would be fine additions. Yoshi Tatsu could add another level of xenophobia to the division so it isn’t taken up by those dirty Mexicans. Evan Bourne, if he could stop smoking pot like he’s Kevin Smith, could be a force in the division. Justin Gabriel and Michael McGillicutty are the forgotten members of Nexus but they’d fit into the division too. Tyson Kidd got a push for a hot second when the Money In The Bank PPV came around but he could move up a couple of rungs (Wokka wokka) in this type of environment.

Do I trust the WWE to do this much thinking about their programming? Not for a split second. I’d feel great for the hard working guys, especially the ones from PRIME Wrestling, to get some extra exposure and hopefully money that they deserve working for the WWE. -Kevin