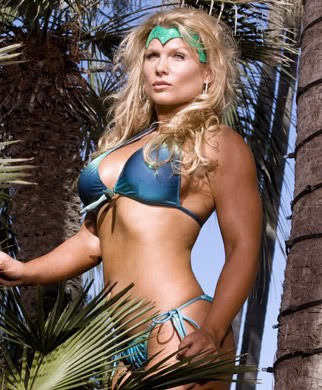 Well, certainly didn’t see this coming. Beth Phoenix has given notice she is leaving the company, according to Prowrestling.net.  Since her contract details were never brought up before it is safe to say this is a tad bit of a surprise. She clearly will end up in TNA and that isn’t necessarily a good thing but a paycheck is a paycheck.

Boy, WWE really doesn’t give a fuck about the women’s division. Yeah this will come across like your typical internet bitch session but facts are facts. Michael Cole called Layla one of the most important divas champions ever. The let Kharma go supposedly because they had nothing for her. They gave the Bella’s the boot and, well, ok two out of three.

Really though with their use of Eve Torres, Beth became expendable. You can’t have two strong women characters on the roster. What would that show if all of the women weren’t rail thin screaming bitches? Other than interesting of course. -Jeremy