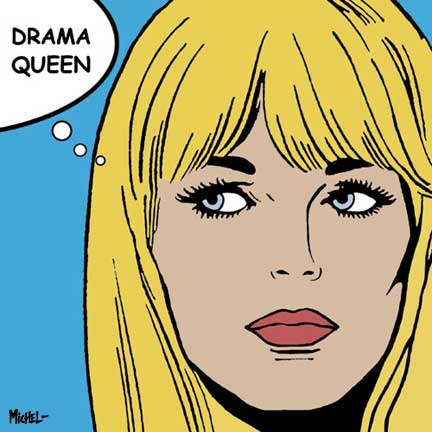 Tonight I have witnessed a train wreck. I felt so dirty, I had to take a shower when the show was over. I’m pretty sure I no longer have a working brain due to all the stupidity that arose from the episode. Due to too much on the dvr, we have decided to do She said He edited at different times to get different reactions. When I told my boyfriend all my brain cells died with this episode he laughed and said it would all be OK. (Kevin’s Edit: I laughed because you were being funny. I hope it translates into the article.) He has yet to watch the episode, so after he does he will understand my disbelief that they actually air this crap and that 4 million people actually take the time to watch it. (Kevin’s Edit: I gave her bad math. It was only 1.39 million people that watched it. I’m sure she won’t feel much better about my error.)

I can only write about the current episode that I watched as I am 3 weeks behind. But will quickly recap in each article. JoJo is gone and skanky Summer Rae is now on the show. I’m not sure who is worse. Summer Rae or Eva Marie. It’s like watching a bad porno with that fake blond hair and god awful red dye job. It was made obvious in the 1st few episodes that no one was going to like Summer Rae and she was placed on the show to make more drama for everyone, so I’ll save her for last. (Kevin’s Edit: More drama = more eyes.)

We’ll start with Eva Marie since the season ended with her and she was getting married, maybe, to her loser boyfriend. Well, no surprise here, but she did and did not inform her family. Her family came for a visit and she moved her husband out so there would be no trace of him. Huh, interesting way to start a marriage. Well, the family figured it out, they were pissed, but yet, who is calling the kettle black here since her brothers are living with women and are not married. So that just kinda ended. (Kevin’s Edit: I found her calling out her brothers hilarious. That subject did get dropped awfully quick.) Then photos popped up from back in the day and Eva Marie said those were a mistake and should have never been done. Creepy Fandango made a weird comment to her that made my skin crawl. In this past episode, Eva Marie and Summer Rae have become besties and are traveling separate from everyone on the bus because of the photo incident and because no one likes Summer Rae. She was the one that told Eva Marie about the photos. Even though Eva Marie thinks Summer Rae stepped over the line in episode 2 with Brie, they will still probably continue being besties for at least a while.

Nikki and John Cena got back together on the pier. It wasn’t as cheesy as the very first episode when they tried to reenact a scene from The Notebook, but who walks down a pier in high heeled shoes, a skin tight red dress with boobs popping out and a fur? Oh, Nikki Bella, that’s right. So John said he made mistakes and that he wants to try a lot harder. Nikki forgave him and all is well with the world. So far. Nikki did lose a tooth in an episode and she thought she looked hideous so refused to ride in the bus with John and tried to avoid him. Not the best decision when your relationship is on the line. In this past episode Nikki tried to be the support for Brie as Summer Rae made a play for Daniel Bryan, Brie’s then fiance. (Kevin’s Edit: She just asked him a really weird question about getting his approval. She didn’t seem to be coming on to Bryan to me. I do want to know who she slept with.)

Speaking of Brie, she thought it would be a great idea to rent a bus, like Nikki and John have and have everyone ride with them to split the cost. Bryan was not enthused with this idea as he is an environmentalist and those busses take up a LOT of gas and energy. But Brie got her wish and TJ/Nattie, Jon Uso/Trinity, Summer Rae, Eva Marie and Ariane all rode on the bus with Brie and Bryan. (Kevin’s Edit: She got her wish because those other people were brought onto the bus to make it more “Green”.) Bryan made a few ‘house’ rules, no sex on the bus and no pooping on the bus. Well, both of these rules were broken as Nattie pooped on the bus and John Uso/Trinity almost got it on on the bus, it was broken up by Brie. Brie, the most sensible I think out of the group, ends up blowing her top this time around when Bryan tells her that Summer Rae sought him out and told him that she cares what he thinks, then made a flirtatious movement touching him. Because Nikki told her what Summer Rae did with John and some of the other male wrestlers, (hearsay of inappropriate comments), Brie went nuts and hunted down Summer Rae. Brie pretty much told her to never pull someone’s man aside alone and told her to stay away from Bryan. Summer Rae accused Brie of being insecure in her relationship, which caused Brie to go nuts and told Summer Rae pretty much that she is a skanky ho. Touche! All the while Bryan, Eva Marie and Nikki listening. Eva Marie agreed that Summer Rae crossed a line. Bryan told Brie that she is very protective of her man. (Kevin’s Edit: It’s pretty bad when Eva Marie is the voice of reason.)

You don’t have much going on with Ariane in the past few episodes. She was the one that found the photos of Eva Marie and showed them to everyone. She did try to apologize but Eva Marie has yet to accept her apology. I do think Ariane has a point, Eva Marie is very good at making it all about her and how fabulous she is getting the covers on magazine and getting a Mattel doll so early in her career. Ariane’s beef is that she got a cover too but no one seems to care. (Kevin’s Edit: Eva Marie does seem like a spot light hog but Ariane is the other drama queen who got trumped by Summer Rae. I’m surprised every guy hasn’t looked for skanky photos of (insert new Diva here) because there’s a 90% chance they exist.)

We find out that John Uso has a huge sex drive in this episode and can’t seem to keep it in his pants for 4 days while traveling on the bus. Trinity is OK with adhering to the rules, so she obviously feels bad when the get caught in the act by Brie on the bus.

Nattie has serious issues with Summer Rae. Whether it’s because they are both blonds, I’m not sure, but Nattie seems to despise her. In this episode, Nattie does try to take the high road and tell Summer Rae that she needs to be more respectful to the Diva’s and that she is making a display of all her skankiness. When the new Mattel dolls are out Nattie is thrilled and Summer Rae walks up and tells her that they did a good job at photoshopping her and that she used to look pretty and thin. This obviously upset Nattie who told Summer she needs to cool it. (Kevin’s Edit: Summer Rae is an excellent shit stirrer. I have no idea if all of these actions have led to her not being on TV now.) I think the best part of this past episode is when Nattie goes into the bathroom on the bus and starts screaming. First TJ goes in to the smallest bathroom in the world and comes out, then she calls for Brie. Come to find out, Nattie was putting Icy Hot on her ‘back’ when she got some Icy Hot in her butt and in hoo haa when she went to the bathroom. Where exactly she was putting the icy hot is still in question as she first said back then changed it to inner thigh. Hmmm. Either way, this is when we find out she pooped on the bus and got Icy Hot in her butt. Ha ha ha. (Kevin’s Edit: I would imagine that Icy Hot burns similar to when I pooped out Scorpion Peppers.)

I leave the most skanky and the newbie for the end. Summer Rae. Man is she ugly. I thought Eva Marie was unattractive, but I think she has competition with Summer Rae. Summer Rae is a hateful woman who thinks she is better than everyone else. Being Fandango’s dance partner, yet being from NXT, she is now considered a Diva. Well, I see why Layla is now Fandango’s partner as in this past episode Fandango told Summer Rae, he didn’t need drama for his career, and this is exactly what she is doing, stirring drama. (Kevin’s Edit: I obviously don’t read ahead while making these comments. Summer Rae is a butter face but those legs make up for it.)

Summer Rae is the one that told Eva Marie that Ariane had the photos of her. Summer Rae is telling everyone that if Nattie spent more time on her wrestling and less time talking gossip then she may have won the Diva’s championship more than once in her Diva career. (Kevin’s Edit: I agree with Summer that Nattie is her own worst enemy. Just keep mentioning that you’re a Hart and eventually they’ll give me a long title reign, right? Maybe Nattie should work on the promo skills.) Summer Rae believes that she is gorgeous and is upset with her wardrobe and wants to be even sluttier than what she wears with Fandango and Summer Rae made a play at Bryan. (Kevin’s Edit: Have you ever seen a dance competition? All the ladies are dressed slutty.)

So at the end of this train wreck of an episode, Summer Rae hunts down Nattie’s house, goes to the door uninvited and proceeds to tell Nattie that she needs to spend less time gossiping and more time focused on her career. She pretty much tells Nattie that she is an old, fat, unattractive Diva that isn’t worth anyone’s time. Nattie tells Summer Rae she is a ho. Summer Rae slaps her across the face. Nattie pushes her off her property and tells her to NEVER step foot on her property again.

After watching this episode, I needed a sedative. This episode was filled with so much cattiness and egos that I was just dumbfounded that I watched 42 minutes of stupidity. I honestly think that there were more brain cells saved watching Jersey Shore than watching Total Divas, at least this time around. I explained to my boyfriend that it was a cruel punishment for me to watch this show as I could have spent the 42 minutes doing something productive, but he informed me that he was sure I didn’t lose the brain cells that I thought I did and since I was still mobile and mumbling about a train wreck that I would be fine. (Kevin’s Edit: I lose brain cells when I’m researching for my Sippy Time Beer articles, not this show.)

Here’s to 1 Diva Show and article down and 2 more to go to get back on track. I’ve seen the previews for the next episode and no shocker, another train wreck is on the way. Will the WWE one day actually have good writing for the Diva show or will it always be this horrible, guess I’ll just have to tune in and lose a few more brain cells to see.– M (& Kevin)