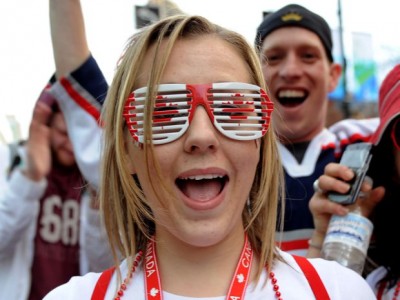 From news.nationalpost.com just for EY and Bobby Roode

– As usual, I don’t pay no mind to MVP. Samoa Joe came down to the ring. He calls MVP a hype man which does make me think that’s why I’m not in on this version of MVP. He’s better at directing the hype to himself which Joe mentioned. MVP is no Paul Heyman. Havok has also been on the pay no mind list. Yippee, he arrived.

– Taryn Terrell is taking on Gail Kim for the Knockouts Title. Tazz tried to manufacture rage against Terrell which I don’t understand because she has had no character time since returning. The Knockouts may be getting plenty of ring time, but they need more speaking time to have characters to invest in. Gail Kim got a cheap pin which is weird considering it makes your champ look weak for barely pulling out a win. Terrell couldn’t close an ass whooping so she looks bad too. Not exactly the way to return. Neither is getting squashed after the match by Havok, who I predict will be the Rob Terry of the Knockouts Division.

– Robbie E and Jesse fight over some mystery woman on the TNA Roster. No one cares. I have spilled too much digital ink on this subject by just saying that.

– EC3 comes out with Rockstar Spud who is quickly turning into the love child of Don Cherry and Craig Sager. Why did the crowd chant CM Punk? How shitty do you have to feel in that locker room? They didn’t chant for one of your own wrestlers. Ouch.

– I’ve got no idea what they’re doing with Sam Shaw‘s character now that a busty woman is interested in him. I am glad they have slowed down with Gunner‘s push because he needs more time, if he is indeed championship material. I am still skeptical on the later but he’s still young in wrestling terms. Gunner ends up being rolled up by Bram after he “injures” his knee. Shaw hesitated to break up the pin then snaps. Still confused by his character direction other than all over the place.

– I’ll admit that Angelina Love & Velvet Sky co-opting The Bro Mans help could be interesting. Both were going nowhere quickly. Bro Mans have had no mustard since they dropped the Tag Titles. I know Robbie E did it to himself because he was off taping for The Amazing Race. The Beautiful People have not had a successful reunion. They needed to spice up their act. They can do that for each other with the ladies puling the strings for the dumb bros. Disregard paragraph three. I’ll leave it there to admit to my feelings at the time.

– Bobby Roode and Eric Young had a very solid match. Young has been building more credibility in the wake of his title reign. If they’re going to keep him up there, you have to do that. A close loss to Bobby Roode is the logical choice. Roode versus Lashley is a bigger draw. Roode & Young made moot two segments of MVP trying to get in their heads earlier. Thank goodness. No heel turn needed for EY.

– I feel like I’ve seen this six way X Division match with Tigre Uno, Crazy Steve, Manik, DJ Z, Homicide and Low Ki. As much as I like Low Ki, he shouldn’t be in this match because as the announcers tell us, Low Ki lost to Samoa Joe for the Championship. Back of the line pal. Crazy Steve has been getting much more air time than the rest of his faction. He isn’t getting much either. Homicide gets the title shot so that Joe can defend against old buddies. I do love the Gringo Killer. The Great Sanada & James Storm drag off Manik. Getting out of that costume is a good outcome even if TJ Perkins needs to go thru this terrible gimmick he’ll have with Storm & Sanada.

– Austin Aries calls out James Storm. I know Storm is looking more like a rip off of CM Punk than Bray Wyatt. Aries ends up getting help from Tajiri who is looking in rough shape these days. Time is a bitch.

– I am liking the change in character for EC3. He needed some toughness behind his rich persona. Having him throw Rockstar Spud into a squash match with Rhyno which helps extend their feud and makes him look like a bigger ass hole.

– I am fine with having Samoa Joe lose to Lashley with help from Kenny King. Joe won’t complain about the interference but everyone will know it. King could be a good in ring opponent for Joe. I just hope they tone down King’s hot headedness soon. He’s solid on the mic but his gimmick is doing him zero favors right now. – Kevin