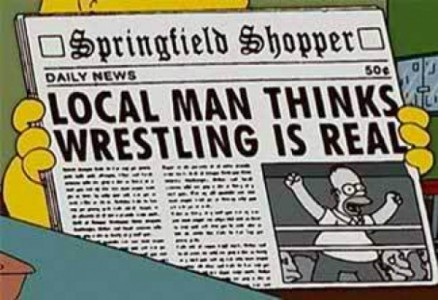 I think you’ve heard enough from me already today. Let’s roll on this review.

Dean Ambrose is the first one to hit the ring. He really wants to get his mitts on Seth Rollins. He knows that John Cena is standing in his way. Ambrose is going to beat Cena with the pole. John Cena pops up for his rebuttal. As Cena talks, it dawns on me that there is the possibility of it being a three man match in HIAC. Cena tells him to concentrate on training instead of flapping his gums. Ambrose doesn’t want Cena acting like he’s a chump. Cena tells him to get ready again. HHH & Steph come out to stir the pot. The Network is only $9.99 for limited commercials. Steph mocks Ambrose & Cena. She then puts them in a match with the Usos & The Dust Brothers. Evidently it starts now.

Ambrose starts against Jimmy. Cena tags in early as the announcers bicker about whether Ambrose & Cena will play nice. Ambrose gets a boot to the jaw. Jey gets tagged in. Ambrose & Cena work him over too. John Cena has God given strength. Sure JBL, he never goes to the gym. Everyone is the ripped and jacked. Cena really needs to stop doing the drop kick. Jey’s drop kick didn’t look any better. Ambrose & Jimmy come in fresh. Sling shot clothes line by Ambrose but he gets tagged by Stardust. He drags Jimmy out of the ring and tosses him over the barricade. Break. The Dust Brothers are working over Jimmy still. Goldust pulls Jey off the apron who then gets attacked by Ambrose. Cena & Stardust end up as the legal men. Five Knuckle Shuffle. Finisher spot. Uso dive. Cena dives off the top rope. He’s always awkward from there. Ambrose dives on to everyone else. AA on Stardust for the win as Ambrose DDTs Goldust. HHH makes Cena vs Ambrose for tonight. Winner gets Rollins still.

AJ Lee dislikes Layla El the least but they are still tagging. They are taking on Alicia Fox & Paige. AJ starts against Alicia. Fox with a tilt a whirl back breaker. Paige tags in but then yaps to the crowd. Fox misses Lee in the corner. Layla drops off the apron from the tag. Alicia tries to roll up AJ who holds the ropes. AJ hits a Shining Wizard for the win. She attacks Layla who is fleeing on the ramp. I’m confused by who I should root for in the title picture.

Randy Orton wants the loser of John Cena vs Dean Ambrose in HIAC. The Authority approves. Orton would need a win but he isn’t getting it no matter who he faces. Erick Rowan gets a creepy vignette. Good stuff. Make it mean something on the reboot. 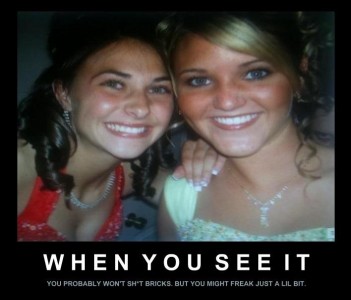 Good news, Dolph Ziggler is wrestling at the 9 PM time slot. Bad news, he’s wrestling Randy Orton. They may cover his loss with some interference from Cesaro who is on the head set. Cesaro is ready to beat Orton again. Ziggler gets the upper hand early which surprises me. Wait, Cole isn’t on the JBL & Cole Show any more? Say what? Orton has taken over in the mean time. Orton takes too long to attack so Ziggler gets the drop on him. Ziggler tosses Orton into the barricade. JBL rightfully creams Cole for saying Ziggler, a self proclaimed show off, lack confidence. Ziggler drop kicks Orton off the apron. Seth Rollins comes ambling down the ramp. Break. Orton dropped Ziggler on the announcer’s desk during it. Orton puts Ziggler on the top rope. They trade head butts. Ziggler ends up getting crotched after a slow recovery. Superplex by Orton. Kick out at two. Ziggler fights back. Neck breaker leads to a single elbow drop. Powerslam by Orton. RKO attempt is countered. After an exchange of moves, Ziggler scores with a Fame Asser. RKO countered from Ziggler jumping on his shoulders. Bad ass finish look. Good win for Orton as dumb as that sounds. Rollins steps into the ring. He Curb Stomps Ziggler.

Jack Swagger is taking on Seth Rollins. Seth takes an early break. Swagger shoulder blocks Rollins down. Back elbow by Rollins. Swagger recovers but gets the arm pulled as Rollins went from the top rope to the floor. Swagger gets ina  suplex. Rollins tries to duck outside but Swagger clothes lines him down there. Randy Orton comes down to the ramp. Swagger is distracted so Rollins connects with a suicide dive. Rollins enziguris Swagger. Rollins starts working over the ribs. I’m going to have to take a closer look at Orton’s new shirt. German suplex by Swagger gets him an opening. Swagger Bomb connects for a two count. Swagger slams Rollins for another two. Swagger takes out Rollins’s knee. Rollins misses his spot but scores the a kick to the jaw of a kneeling Swagger. Patriot Lock doesn’t last long. Rollins counters into a roll up for the win. Good weasel win for him. People want Orton to be a face. The fans are absolutely hating Rollins which is fantastic.

Renee Young welcomes Dean Ambrose. He is punching his ticket to fight Rollins at HIAC. Good stuff from him. Big Show is ready to take the flag for the American People. He’s going to show Rusev what he learned in sensitivity training. Too easy for that line. Rusev comes out. 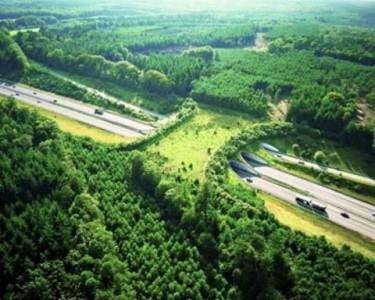 Lana speaks in Russian. I tune out automatically. Amerigo Vespucci discovered America. Or the Vikings before him. Or the people who walked across the land bridge from Asia. She did get the crowd riled up with the Braves comment. Fuck the Braves. I’m with Lana. The Big Show comes marching down to the ring. Show pounds away early. The WWE has loaded up on this show. Big Show continues the assault outside of the ring. They leave the ring again quickly. Big Show drops an elbow back in the ring. The idiots tomahawk chop. Fuck you Atlanta. Drop kick by Rusev turns the tide. Nice looking drop kick. Rusev clothes lines Big Show over the top rope for a break. I started talking to the Lady who was going to bed. I watched as Rusev had the win in hand until Mark Henry attacked. We’re supposed to feel good that the good guys two on one attacked the heel? Really? (Next Day Note: Rusev looked good again by not cheating to win. Big Show helped make him look good too. He plain outlasted Big Show who blew his wad early.)

That Todd Crisley is a fake reality show, right? Holy crap, it is a reality show. I thought that was an actor with a fake reality show show. The crowd chants for Sandow again. I wasn’t really paying attention to the match. Running knee lift by Sheamus. He then misses a charge in the corner. Miz takes advantage. Sheamus catches a kick and tosses Miz outside. Sheamus Brogue Kicks Sandow. Miz gets back into the ring as the ref counts out Sheamus. It makes for a nice story but everyone knows he can’t really beat Sheamus. Whoever the famous black woman is, is now on with the other Total Divas. Nene Leakes. Thanks for that info after the segment.

Natalya, Brie & Trinity are teaming against Cameron, Nikki and Summer Rae. The Lady came back down to talk about her cat so I didn’t pay attention to the match. Other than to noticing that Brie Bella got her revenge on her sister Nikki in a throw away match on Raw. (Next Day Note: Now we have a Bellas match at HIAC in which the loser has to be the winner’s assistant. No matter who wins, we all lose for this story continuing.) Bray Wyatt gets his own vignette. These cool skits only work if they win when they return.

The Authority is all down at ring side. I will admit to FF through this match because I was concerned I wouldn’t have taped it. I saw that it would have been on the DVR for the finish. Ambrose and Cena are going at it pretty strong. Ambrose tosses Cena out of the ring. Ambrose chases him out and attacks. Suplex on the stage by Ambrose. Cena’s comeback gets stopped by the sling shot clothes line. Cena slaps on the STF. Ambrose bites Cena. JBL makes a current reference about Luis Saurez but no one sells it. Ambrose tosses Cena into the barricade. Ambrose clocks Orton. Cena attacks from behind. Cena tosses Ambrose into Orton, Rollins & Kane. Orton attacks Cena. Kane & Rollins join in. Cena AAs Kane. Ambrose meanwhile grabs the contract. I like that finish. (Next Day Note: It also gives us the revenge match we want. Not the one in which we know John Cena will win.) Doesn’t really give away for a future Ambrose vs Cena match. Orton & Cena – Ambrose & Rollins mug at each other. – Kevin